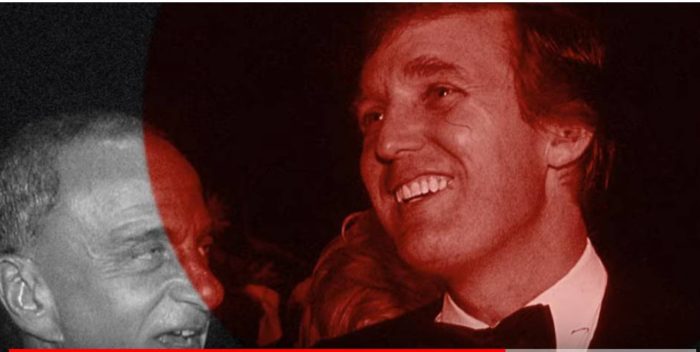 Last January, “Where’s My Roy Cohn?”, directed by Matt Tyrnauer, premiered at the Sundance Film Festival. Simultaneously, by coincidence, one of Cohn’s disciples, Roger Stone, was arrested after a federal indictment in Washington on seven counts, including one count of obstruction of an official proceeding, five counts of false statements, and one count of witness tampering.

The coincidence is that Stone is one of the major witnesses in “Where’s My Roy Cohn?” He lays out for Tyrnauer Cohn’s evil mind set, how he got away with committing crimes in public while all the time lying to everyone, especially the press, and how they ate it up.

Last night I attended the first screening in New York of “Where’s My Roy Cohn?” an exhausting, sad, and frightening chronicle of how Cohn, then 23 in 1953, became Senator Joseph McCarthy’s most trusted aide during the House Un-American Activities Committee hearings, destroyed lives, and accomplished the executions of Julius and Ethel Rosenberg. Cohn then used that episode to leverage an openly nefarious life that included the mentoring of Donald Trump. Cohn became notorious for never admitting to being gay, and then ironically dying of AIDS. Tyrnauer lays it out in detail. (And don’t forget Tony Kushner’s “Angels in America.”)

Cohn’s cousin, Dave Marcus, told me last night after the screening: “Roy probably had a thing for Trump. He was his type.”

You’ll need a stiff drink after the Cohn documentary, which opens in September. His path of destruction is endless for thirty years. But the evil spreads over his face. Tynauer’s assemblage of clips from Cohn’s life depict a face that literally falls apart, or implodes, as Cohn’s lies and crimes catch up with him. (Bad facelifts didn’t help.)

One Cohn episode that Tyrnauer doesn’t completely explore: how Cohn used Barbara Walters (and maybe vice versa) to propel his fame and causes. Walters was one of several New York celebrities who testified for Cohn in his disbarment trial after he’d looted several wealthy clients’ accounts. For a time in the mid 80s, Cohn and Walters actually let it be written that they were engaged. This was hogwash. But Cohn had helped Walters’ father save his nightclub, The Latin Quarter, in the 1950s. In 1991, Walters told me that Cohn had helped her adopt her daughter, Jackie. So Walters was in Cohn’s pocket, so to speak, and he used that connection as leverage for respectability.

But it’s the connection between Trump and Cohn that makes the documentary timely. Cohn taught Trump how to obfuscate, lie, divert attention from his crimes. It’s Stone, who’s used the same tactics since his arrest and indictment, who lays this out. His prosecutors should take note.