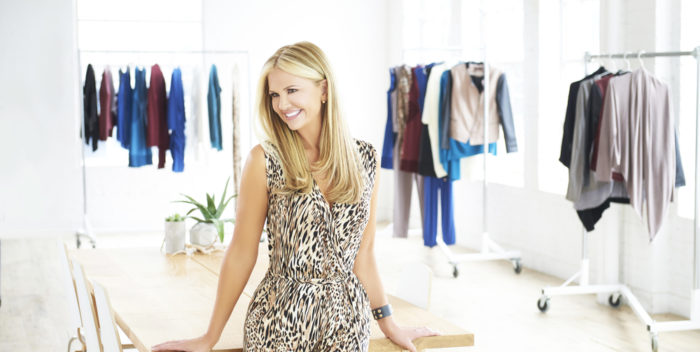 Nancy O’Dell has left the building.

After 8 1/2 years of hosting “Entertainment Tonight,” she announced at the end of Friday’s show that she was gone, baby, gone.

No notice after so many years, on a Friday in the summer? Was it over money or age? Odell, who’s stunning looking, is 53, which is like 93 in the vicious world of TV. CBS Paramount TV knew what it was doing.

O’Dell’s ouster isn’t over ratings. “ET” remains the top entertainment show in syndication, with a consistent 2.5 rating in July. In May, the show had a 2.9. (Summer always softens the numbers.)

But the syndication landscape is about to change. “Access Hollywood,” with younger anchors, just added Mario Lopez, from “Extra.” “Extra” is turning into “Extra Extra!” now that it’s on Fox stations, and will become more like “A Current Affair.” Then there’s “Inside Edition” with Deborah Norville, also — like “ET”– from CBS Paramount Television. Norville is older than Odell– she’ll be 61 next week– but “Inside Edition” is so identified with her, the company would be crazy to try and get rid of her. The audience would leave.

O’Dell was the top client of manager John Ferriter, who died last week from pancreatitis at age 59. It’s unclear if Ferriter had been negotiating Odell’s new contract or what was going on. Odell dedicated her last show to him today.

O’Dell is very popular, and she’ll land on her feet. She wrote on Instagram: “Been quite the emotional day. On the same day I had to say goodbye to my longtime friend/agent at his memorial, I said goodbye at @entertainmenttonight . But just as I know my friend will still be w/ me in spirit forever, I’ll never lose the family I’ve gained at #ET nor all the fabulous viewers whom I have a forever bond w/ from talking all things entertainment every night. On to my next chapter in life. #grateful and #excited”

Anyway, the exec producer of “ET” is Erin Johnson, who only got named solo to that credit in June. She’s a lot younger than Odell. You can only imagine what went on. I can’t wait to see who gets O’Dell’s job. This should be good.