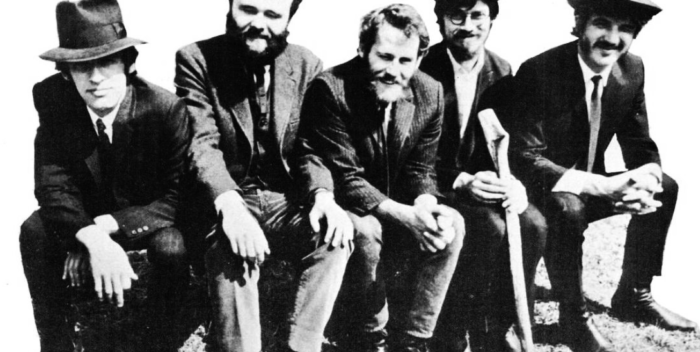 Their opening night film will be “Once Were Brothers: Robbie Robertson and the Band,” directed by Daniel Roher. It’s about time there was a Band doc, and opening night in Toronto for these great Canadian musicians is a perfect selection.

The Band was already the subject many years ago of Martin Scorsese’s “The Last Waltz,” a now classic concert film about their final performances. I’m sure we’ll see clips of “The Last Waltz” here, but this film should the whole story of Levon Helm, Rick Danko, Richard Manuel, and Robertson, and how they changed music in the 1970s. They’re a major influence for Mumford & Sons, The Lumineers, and so many others.

“This stirring documentary takes audiences on a musical journey and shows us just what it takes to build one of the most significant groups in rock history,” said Joana Vicente, new Executive Director & Co-Head of TIFF. “Robertson is a Canadian music icon, and his moving story of persistence and passion is the perfect way to begin Festival 2019 for both Cameron and me. We’re eager to share the excitement of Opening Night with Toronto’s film lovers, and audiences can expect some very special guests joining us to help celebrate.”

The Band’s music covers years with Bob Dylan as his backup band, and for the Basement Tapes. But it’s also about their own amazing career, from songs like “The Weight,” “The Night They Drove Old Dixie Down,” “Up on Cripple Creek,” and so on.

Great choice. Everyone’s going to be knocking down the doors of RoyThomson Hall to see this one!