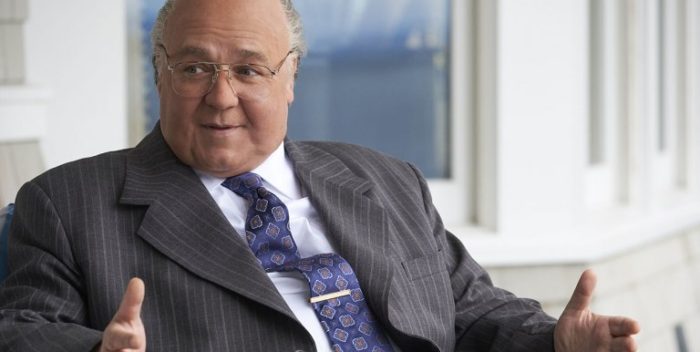 Showtime’s “The Loudest Voice” mini series about Roger Ailes and Fox News is a ratings loser so far. On its opening night, only 299,000 people tuned in for its official debut.

There’s a spectacularly accurate reason “Loudest Voice” isn’t attracting viewers: it’s not good. I don’t mean it’s poorly written, acted, or directed. It’s not. Of course, all those items are high in quality.

But the series has no context, and it jumps around. There’s no sense to it. This past Sunday night’s episode (number 2, ratings announced tomorrow) jumped to 2001, and 9/11, as if that were a pivotal moment at Fox News. It wasn’t. (I was there.) I was surprised that the creators of “Loudest Voice” leaped over 1998-99 and the Monica Lewinsky-Bill Clinton scandal. That was a pivotal moment.

Everything at Fox News changed as Matt Drudge, in his online Drudge Report, broke the stories of Clinton’s affairs (Paula Jones, Gennifer Flowers) and then Lewinsky. Fox hopped on that bandwagon. Drudge even got a Fox News TV show out of it. The Clintons’ vulnerabilities, the impeachment and so on– that’s what fed the new conservative movement. “Loudest Voice” skipped right over that.

They also ignored the 2000 election, hanging chads, and the Bush cousin who was working for Fox News on election night at the broadcast center. Fox News fueled the George W. Bush election win, the Supreme Court fight, all of it.

So interesting: “Loudest Voice” is based on Gabriel Sherman’s excellent book. But the book was Sherman’s take, and it was so much about the Gretchen Carlson-Bill O’Reilly sex scandals etc. The mini series would have been smarter to focus on all of that, the later years, with flashbacks to the early days. Instead, the linear approach is not working. They don’t seem to know much about those days. It’s all gone wrong.

Still, Russell Crowe is excellent as Ailes. Most of the other casting is pedestrian. Mackenzie Astin as John Moody– no. Moody was Ailes’s yes man. His toady. So far, like many of the supporting characters, he’s not fleshed out enough to explain his presence. Also, they missed a good chance with Dianne Brandi, Ailes’s Queens-accented in house barracuda of a lawyer. They could have had a supporting actress nomination with a real scene chewer. Their Dianne Brandi is just wallpaper. Too bad.