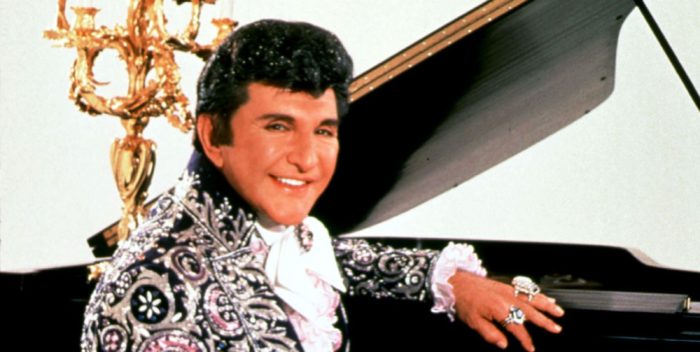 Liberace and his glittering pianos are finally on track for Broadway.

For the last couple of years, movie producer David Permut–who just produced the all-star Mueller Report reading– has been trying to line up the right elements for this project.

But now all systems seem ‘go.’ Permut has got the rights to HBO’s award winning mini series, “Behind the Candelabra,” which starred Michael Douglas as Liberace and Matt Damon as his lover, Scott Thorson. The mini series won tons of awards.

Permut tells me now it’s time to think about who will play the flamboyant superstar. In a perfect world, he wants Bradley Cooper. Now that we know Cooper can sing and play instruments, this makes sense. It’s a potential Tony Award winner.

The prospective director would be Christopher Ashley, who won the Tony in 2017 for “Come from Away” and is the director of the La Jolla Playhouse. “Behind the Candelabra” will start there.

No word yet on who would write the score. Elton John and Bernie Taupin should do it, really. (But maybe if Cooper signs on, so will Lady Gaga.) Think of it, though: “The Cher Show” plus “La Cage Aux Folles” divided by “Tootsie” equals “Liberace.”

Interesting story about the rights. Liberace is a public figure, but Thorson had to give his ok. It turns out he’s been in a Nevada state prison since January 2014 when his bail was revoked from a drug sentence. Apparently, the one person who could get to him was Bob Zmuda, friend of the late Andy Kaufman (and the man who helped give us “Man on the Moon.”) Six degrees of Andy leads straight to Liberace. It makes some kind of weird sense.

Exclusive: By the way, Permut was cagey but apparently the all-star Mueller show called “The Investigation” is headed to Washington DC next, maybe before summer’s end. In the meantime, you can see the original here.