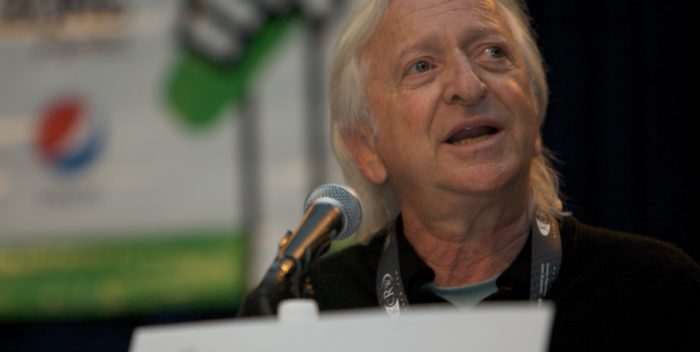 Elliot Roberts owes me one of those Pono players. For two years in a row he said he’d get me one. He never did, but I think he knew why: it was just going to cause trouble. Roberts died this week at age 76 after tending to rock stars for basically 50 years. He guided, suffered their whims of fancy, and tried to keep everyone out of trouble. I think he knew Neil Young’s Pono would not be a toy for me.

Every year Elliot came to Clive Davis’s pre-Grammy dinner, and Clive would give him a major shout out. White maned with a deep suntan, Elliot basically helped invent Southern California rock. You can read about him in David Browne’s excellent new book called “CSNY.” Elliot managed Neil Young for most of his career, he also managed Joni Mitchell. He was the glue that kept all those people together when they wanted to pull apart.

We rarely saw any of these people on the East Coast. It wasn’t like Carole or Carly or James, or Paul and Artie, or even Bruce and Billy. There was a whole myth about the West Coast rockers, and you really only got it through Rolling Stone (when it was Rolling Stone). Elliot Roberts was at the center of everything. He was not a shouter or pugilistic. He was mellow, like the music, but knew how to keep everything straight.

So I never got the Pono, but that’s okay. Talking to Elliot was always a lot of fun, and I will miss him. But he will be missed so much more by those LA music superstars. RIP.

My friend for over 50 years, Elliot Roberts, has passed away. We are all heartbroken, but want to share what a great human being Elliot has been. Never one to think about himself, he put everyone else first. That’s what he did for me for over fifty years of friendship love and laughter, managing my life, protecting our art in the business of music. That’s what he did.

He was devoted to each of his kids from the very beginning. He would fly half way around the world just to see his family for one day. That’s just the way he loved them. He was so happy with his soul-mate Dana.

No matter where I was in the world, no matter his other obligations, he was always by the side of the stage as much as he could be.

Elliot was the funniest human being on earth with his uncanny wit and a heart filled with love. You never knew what he was going to say, but almost always a laugh was coming.

Elliot never thought of himself, always someone else. He was my best friend in the world for so many years, and he was so happy for me and the life I had found, with Daryl, my wonderful wife and soul sharer.

All the words in the world could not express my sense of love and thanks to Elliot Rabinowitz and his beautiful family, who adored him. He was there for all of us.

When it came to our business, Elliot guided me through every move. We talked every day. Often I would call him multiple times in a day, arguing, discussing, planning and sharing. He was there for me and protected my music with a fierceness. He loved music and managed over the years many greats, Joni Mitchell, Bob Dylan, David Blue, Tracey Chapman, Tegan and Sara, Crosby Stills and Nash, Tom Petty, The Eagles, among others.

Elliot loved making deals for all of us, saving our publishing rights, ensuring we were treated well, helping book our concerts, as well as booking the Bridge Concert with Marsha Vlassic from the very beginning for over 30 years. He made it happen. This world is forever changed for me, for all who knew him and loved him. His memory shines with love.

Elliot Roberts was the greatest manager of all time.

See you at the gig, Elliot.
ny