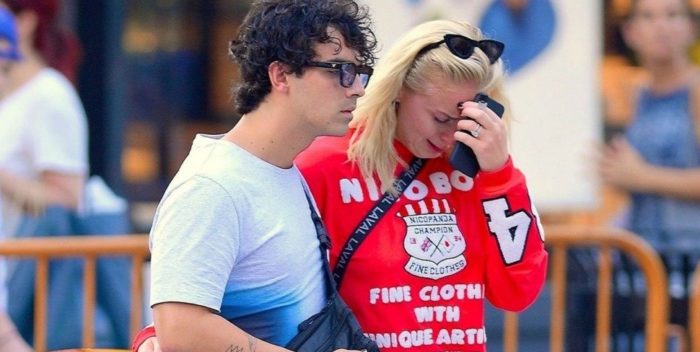 “Dark Phoenix” may be dead at the box office, but its star is about to rise from the ashes.

I’m told that Sophie Turner– better know to us as Sansa Stark from Game of Thrones– will have her wedding to Joe Jonas featured in Vogue magazine.

The wedding– which I told you exclusively will happen the weekend of June 28 in Carpentras, Provence, France–will get the full Anna Wintour splash in the fashion mag’s fabled pages. It could be the centerpiece of Anna’s important September issue.

This would be a coup for Wintour as US Magazine is reporting that British Vogue has hot new popular Princess Mom Meghan Markle guest editing their September issue. Meghan will be on their cover, and her imprimatur will be all over the magazine.

For British Vogue editor Edward Enninful this is a coup. He apparently really wants Anna’s job in the US, and has no doubt been looking to draw attention from the sunglassed Queen of Mean. Markle could do that. But Anna’s chess move– the Game of Thrones-Jonas wedding — is a very clever counterattack.

How much did Vogue pay for the exclusive photos and story? A million? And will it go to charity? And who gets the tax deduction? And does the contract include video footage of the Jonas brothers and pals jamming at the after party?