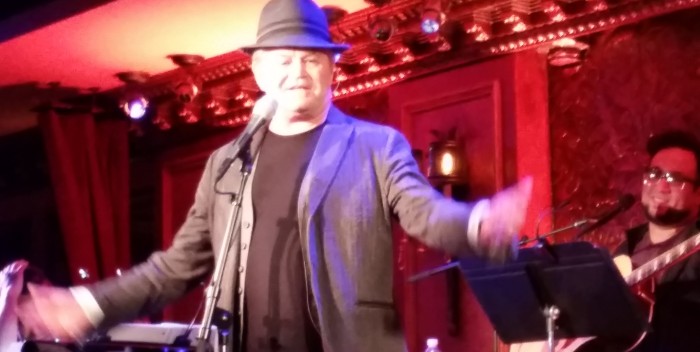 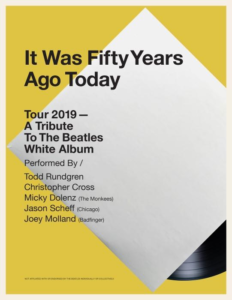 We don’t have the Beatles to tour for all their 50th anniversary packages.  But we do have something cool , anyway.

I’m told that next week a kind of groovy tour will be announced of famous musicians who will play The White Album in its entirety and maybe some of their own hits.

The group will consist of Micky Dolenz of the Monkees, Todd Rundgren, Christopher Cross, Joey Molland of Badfinger, and Jason Scheff, of the group Chicago’s more recent years.

Molland is interesting because Badfinger’s best work was produced by Rundgren. (If you don’t have their “Straight Up” album, you are not a rock fan.)

Micky Dolenz can sing anything, and I can’t wait to hear him on “Martha My Dear” and “Rocky Raccoon.”

Christopher Cross was never my thing, but he did have hits like “Sailing” and Michael McDonald’s “Run Like the Wind.” I don’t know where he’s been all this time.

The White Album won’t take up two hours, so it’s hoped they will supplement with some of their own songs. Nice line-up, look for lots of bald spots in the audience. We will be out in force!