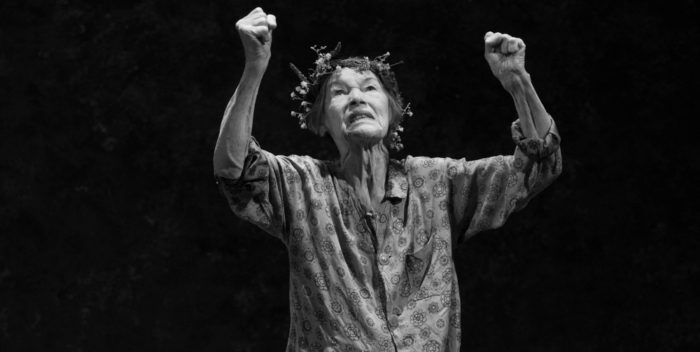 Producer Scott Rudin gambled a lot on Glenda Jackson playing “King Lear” on Broadway. He lost. The production has announced its final performance will be on Sunday, June 9th matinee, just before the Tony Awards. That’s a month earlier than previously announced. “King Lear” got mixed reviews, and never found a following among theatergoers.  At the time of its closing, it will have played 34 preview performances and 76 regular performances.

“Lear” won’t be Rudin’s only show to close up shop soon. The dreadful “Gary: A Sequel to Titus Andronicus” starring Nathan Lane is only taking in an average of $260,000 a week. Its potential take is $866,704. “Gary” is unlikely to win any Tonys. Watch for that closing notice soon.

Rudin also has Laurie Metcalf and John Lithgow in the very slight “Hillary and Clinton.” This play is set to close anyway on July 21st, so Metcalf can get back to “The Conners,” and Lithgow to his film career. Lucas Hnath’s play also never caught on with the audience, making just $330,00 last week, and in decline each week its had performances. If Metcalf doesn’t win a Tony (she won last year and the year before, but I don’t think so this time), they may wrap up early. Hold on.

Luckily, Rudin is still printing money with “To Kill a Mockingbird,” which wasn’t nominated for Best Play. That doesn’t matter. They’ve so much on ads, and the PR the last three week for Jeff Daniels has been on an Oscar level. If Daniels doesn’t win Best Actor, it won’t be for lack of trying. Rudin also has “Book of Mormon,” now on discount.

Tony Award voting begins next week, and no one seems to know whether Best Musical will go to “Tootsie” or “Hadestown.” Best Play should go to “The Ferryman.” Best Revival of a Play should go to “All My Sons,” and I’d love to see Annette Bening win Best Actress in a Play. But there’s a strong movement for Elaine May, which would be a lovely moment.

Best Revival of a Musical pits the beloved “Kiss Me Kate” against the angst ridden “Oklahoma!” Just those two: flip a coin. My choice for Best Actress in a Play is Beth Leavel, in “The Prom.” Best Actor in a Musical should go to Alex Brightman in “Beetlejuice,” but I have a feeling Santino Fontana will get it for playing Dustin Hoffman in “Tootsie.” My other choices are Best Featured Actress in a Musical-Amber Grey for “Hadestown” and Best Featured Actress in a Play– Fionnula Flanagan, who must win for “The Ferryman.”