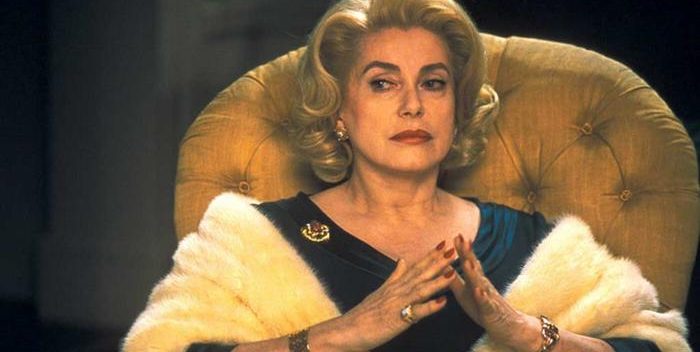 Legendary French actress Catherine Deneuve has a message for Woody Allen: she wants to work with him.

In a new interview in Paris Match with their famed Hollywood reporter Dany Jucaud, Deneuve says if Woody offered a role, she’d take it in a minute.

“I would love to work with him, he is a man of immense talent,” Deneuve tells the magazine. “I don’t know why I wouldn’t accept an invitation. What would stop me?”

That’s good news for Woody, whose biggest hit ever was “Midnight in Paris,” shot in the French capitol. Also, Deneuve is only 75 years old, so she’s perfect for Woody, who’s 83. She’s a younger woman! They would make a great couple on screen.

Deneuve, who only has 1 Oscar nomination, has a dozen nominations from the Cesar Awards and two wins for Best Actress. Her great movies include “Indochine,” “Belle du Jour,” and “The Last Metro.” Woody, who’s directed several actresses to Oscar wins, would be a great collaborator.

Meantime, Woody’s popularity in France has not faded. As I wrote a few weeks ago, his French distributor, MARS, wants to release his “Rainy Day in New York” even if Amazon won’t release it here.