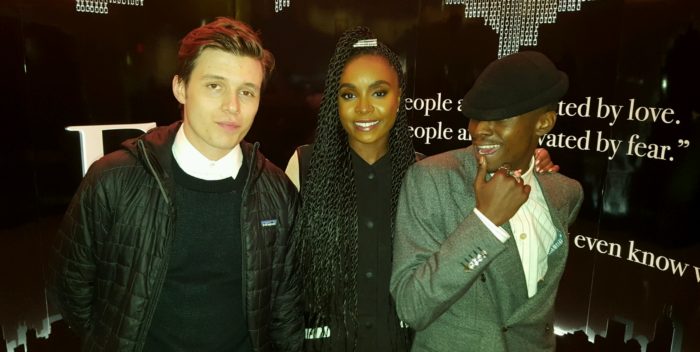 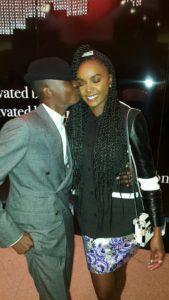 The long arm of Sundance reached to New York’s iconic Guggenheim Museum tonight as HBO celebrated “Native Son,” directed by first timer Rashid Johnson. The movie– which opened at Sundance in January distributed by A24– debuts on HBO this Saturday.

You will want to watch this exceptionally energized “Native Son” because Johnson and Pulitzer Prize winner Suzan Lori Parks moved it into the now from the 1930s. Suddenly Bigger, played with Emmy nomination certainty by Ashton Sanders (“Moonlight”), is contemporary but with the same problems he had in the 1930s. He lives in poverty and on the periphery of society. Sanders is a marvel at conveying his fear of straddling both worlds.

All the performers are top notch, with Kiki Layne and Sanaa Lathan leading the pack as Bigger’s girlfriend and his mother. Margaret Qualley has all the breezy socialite qualities as the girl in the mansion who crosses the line. Nick Robinson is impressive as the rabble-rouser boyfriend.

Moving “Native Son” into contemporary times was a challenge, and the filmmakers meet it well. Frankly, “Native Son”– the book– may not be so well known to young people today. It should be. This should only increase awareness of it. The story hinges on a single violent act that really startled the audience last night at Peter Lewis Theater in the Guggenheim. Some of them laughed from shock at first, then settled down to realize what had happened, why, and the consequences.

Producers of the film were smart to move it from A24 to HBO only because this “Native Son” will have a bigger, faster impact on the prestige cable service. HBO has made the movie into an event. Don’t miss it.