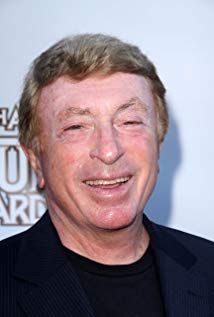 The death of Larry Cohen is trending right now. He was 77, and a cult filmmaker who hadn’t really worked in 15 to 20 years. His credits include “It’s Alive,” a horror film with a small, strong following. Cohen also wrote dozens of TV scripts, mostly in the 60s and early 70s, for shows like “The Fugitive” and “Columbo.” He created a number of cult TV series that had short, memorable runs including “The Invaders” and “Coronet Blue.” He wrote and directed two infamous blaxplotiation movies starring Fred Williamson called “Black Caesar” and “Hell Up in Harlem.”

But Cohen may be better known more recently as brother of murdered publicist Ronni Chasen (November 2010). Cohen denied it, but his gambling debts were questioned as a possible motive for the murder at the time. Chasen had no enemies and was killed in a bizarre way: around midnight, shot at in her car by a homeless man named Harold Smith who the police say biked from seedy Hollywood to residential Beverly Hills. None of it made any sense. The killer ultimately turned a gun on himself when the police traced him to a Hollywood motel.

When I spoke to Cohen after Ronni died, he told me:

When I mentioned to him that most reports indicate a personal motivation for the murder, he said he disagreed. “Everything I’ve read in the paper is wrong. Everything the New York Post wrote about Ronni was wrong: the difference in our ages, when she changed her name, everything.”

Cohen brought up mistakes in the papers, and then I asked about the rumors of a family member having gambling debts. He insisted, “I don’t play poker. I don’t gamble. My two daughters don’t gamble. Someone writes something on the internet and it’s everywhere, whether it’s true or not.”

One of Cohen’s daughters inherited Ronni’s million-dollar estate. He had five children, and condolences to all of them. But Ronni’s murder remains unsolved as far as I, and others, are concerned. Gary Baum wrote a good piece about the murder if you’re interested it’s here.