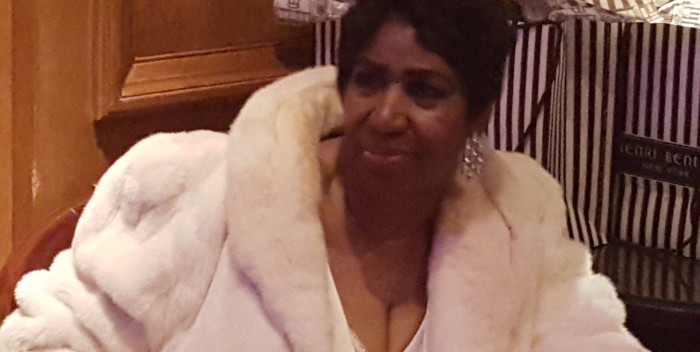 I can’t think of any special like “Aretha: A Tribute” airing on Sunday night on CBS. This was the show taped in January, produced by Clive Davis and Ken Ehrlich, with an all star cast of the best performers singing the songs of Aretha Franklin.

The producers of the show deserve an Emmy or some kind of special honor for pulling this show off and getting it on one of the three major networks. No one’s done this kind of thing in a long time. Aretha’s tribute– she died back on August 16th– is a deep dive into real R&B, soul, and gospel in prime time following “60 Minutes” and “God Friended Me.” If you miss it, you will be the sorrier for it.

The two hour show flies by, and while it passes it becomes cumulatively moving and poignant. Aretha spanned generations and genres, which is reflected here. I cannot remember ever seeing a big chunk of authentic black church gospel in prime time, but here it is gorgeously represented the way Aretha would have loved. Yolanda Adams is astonishing.

Besides gospel, Aretha loved nothing more than new artists. She would have been so pleased by artists like SZA and HER, two wonderful singers hidden behind initials, belting out her hits. Fantasia must be our must underrated popular singer fifteen years after her “American Idol” win. Jennifer Hudson ably shows why she will play Aretha in the official biopic.

There are lots of clips of Aretha, singing for presidents, a real rarity clip with Smokey Robinson (who appears just to speak about his “little sister”), and my favorite, her playing and singing to her great hit “Don’t Play that Song for Me,” co-written by the late legendary Atlantic Records founder Ahmet Ertegun.

The special is well written enough that you also get a sense of Aretha and what she has meant to this country and the world. Ordinarily, after a night like this I would text the Queen of Soul and tell her about the show. Something tells me she’s already gotten the message. Bravo!