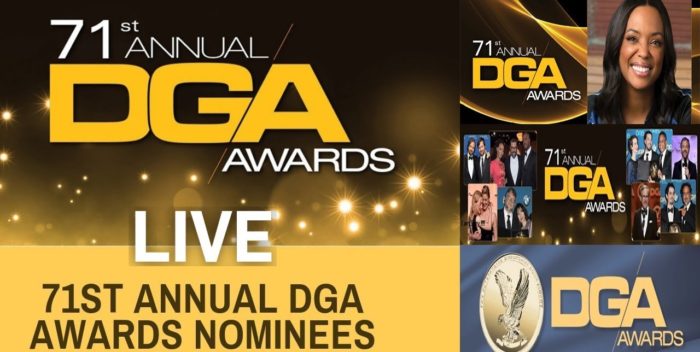 Alfonso Cuaron won Best Director for “Roma.” He will win the Oscar, but not necessarily Best Picture.

The DGA Awards have produced some big surprises tonight. Bill Hader and “Barry” beat the Palladino’s and “Mrs. Maisel” for directing in TV comedy. What? The choreography, the complex direction of each “Maisel” episode is an art.

First Feature went to Bo Burnham for “Eighth Grade.” He beat Bradley Cooper for “A Star is Born.” This is really a shock. Bradley Cooper did an excellent job. In Toronto we felt this was a movie to beat. Something has gone wrong over the months. Nevertheless, “A Star is Born” made $200 million. So someone liked it. As for “Eighth Grade,” I thought it was “Lady Bird” lite.

A bright spot: Ben Stiller winning Best Director of a movie/mini-series for “Escape at Dannemora.”

Adam McKay, director of “Vice,” won Best Director for a TV drama for his episode of HBO’s “Succession.” Go figure. The mystery of all TV drama nominations in all awards shows is why “Billions” is totally ignored all the time.