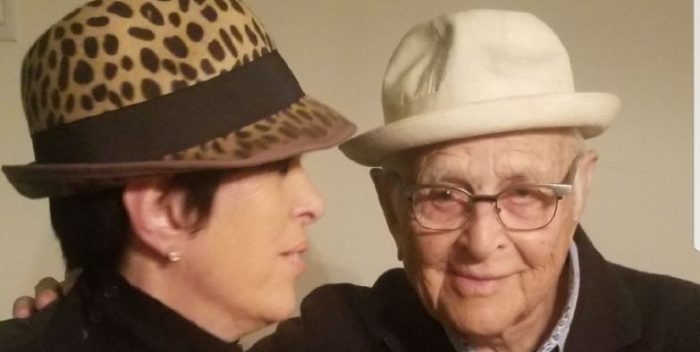 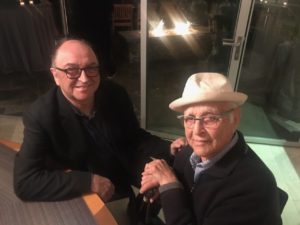 Norman Lear, the man, the legend, is 96. He doesn’t go to cocktail parties, let alone host them, unless he wants to. Lear loves songwriter Diane Warren and her sensational anthem, “I’ll Fight,” which she wrote for the documentary “RBG.”

So Lear hosted a reception after a screening last night atop Mt. Olympus in Laurel Canyon for Warren. This seemed appropriate for the Zeus of all TV. It seemed like half of Hollywood’s movie music community traveled to the private Ross House with a 100 seat screening room and views of Los Angeles that are out of a movie.

Lear told me that there will not be an “All in the Family” reboot but he is working on something regarding that classic show. He and Jimmy Kimmel are cooking up something concerning one episode of the show, but more he would not say.

As for more reboots, like his “One Day at a Time” Latina version for Neflix, he said more are coming.

But it was a night to celebrate Warren, who has 9 Oscar nominations. “I’ll Fight” should be number 10. Ironically, she’ll be up against her sometime writing partner Lady Gaga. It’s a toss up who will win, but at least when “I’ll Fight” is performed, we’ll get to hear Jennifer Hudson.