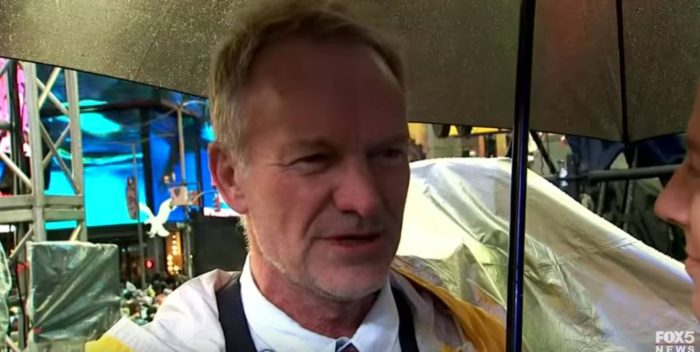 Sting has made a punchy new version of his great song “Brand New Day” for 2019. He’ll debut it tonight on Steve Harvey’s New Year’s Eve show on Fox TV. And yes, that’s still Stevie Wonder on the harmonica. The two stars played the song for Barack Obama on Inauguration night in 2009. Those were the days!