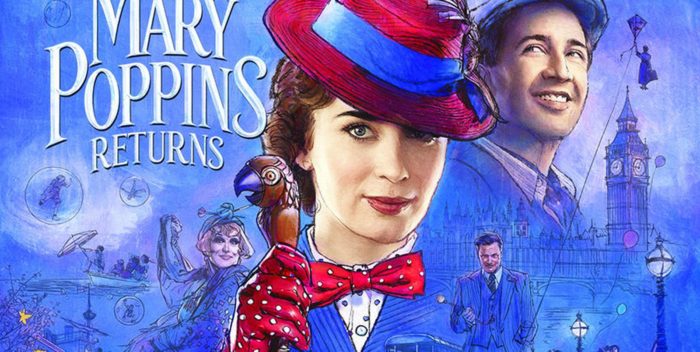 Mary Poppins has returned– and it’s not the magic we all imagined.

“Mary Poppins Returns” scored only $4.7 million on its opening day yesterday. Projections for the five day weekend are $35 million, which is very low. Twice that should have been the result.

Disney has a problem on its hands because it planned sequels and has invested a lot in retooling its most prized film. Rob Marshall did an excellent job, and Emily Blunt is wonderful, frankly. The animation is terrific. Surprise appearances from Meryl Streep, Dick van Dyke, and Angela Lansbury just add to the thrill of it all. Lin Manuel Miranda is quite terrific, too.

But Rotten Tomatoes has “Mary Poppins Returns” at a low 78. The New York Times’s Manohla Dargis didn’t help, eviscerating the new movie in her review. The headline was a killer–

Remember the movie “Saving Mr. Banks”? Somehow I think P.L. Travers, who wrote “Mary Poppins,” has jinxed this movie. Or maybe it’s just bad karma. Disney held a “private” opening of the movie in New York this week, didn’t invite press, and staged the whole thing at a not very glamorous theater. It was a sign of bad things to come.