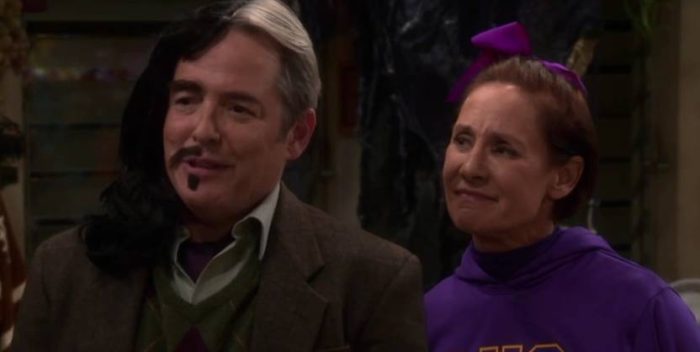 Broderick had one short scene in this past Tuesday’s Halloween episode, and was offered four more on the spot. The double Tony winner (and many time nominee with lots of other theater and TV awards) has rarely appeared in prime time in a career that began when he was a teen in 1981. From “War Games” and “Ferris Bueller” to “You Can Count On Me” and “Manchester by the Sea,” Broderick has stuck mostly to top tier movies and stage work.

But there was a tantalizing offer, he told me last night at the Broadway opening of the revival of the 1983 Harvey Fierstein hit, “Torch Song.” (Broderick got his star on Broadway in the original production at 19.) The offer: “to act with Laurie Metcalf,” he said. Indeed, someone else had been scheduled to play Peter, then dropped out. Broderick got an emergency call, and when he heard Metcalf’s name he headed to the airport.

Now, no matter what happens with “The Conners,” we’ll at least see Broderick and Metcalf in four of the remaining episodes. Will there be a wedding at the end? I hope so. It sounds like a great match. Meantime, in real life, Broderick, of course, has been married to Sarah Jessica Parker for 20 — yes, 20– years and they have three kids.

Broderick is also the star of a new Netflix series called “Daybreak,” which will air next year.

PS I’ll have a review tomorrow noon for “Torch Song,” 35 years later better than ever.