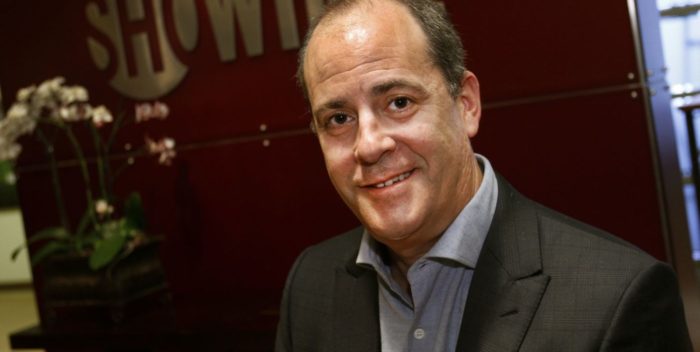 CBS has its first new leader in a long time. Showtime chief David Nevins will now run both companies. He’s been given two promotions–Chief Creative Officer, CBS Corporation; and Chairman of Showtime Networks.

Nevins has been a big success developing cool shows at Showtime including “Billions,” “Homeland,” “Ray Donovan,” “Shameless,” and so on. For better or worse, he revived “Twin Peaks,” picked up “Patrick Melrose,” and was behind Sacha Baron Cohen’s “Who is America.”

Don’t worry– he’s not going to fix what isn’t broken. CBS is the home “NCIS,” “Criminal Minds,” and so on. What Nevins may do is try and add an hour long drama with Emmy potential. But he’s not going to ditch the hit shows. But he may able to tell us if “Scorpion” is still on the air.

A new chapter for CBS. Up, up, and away!