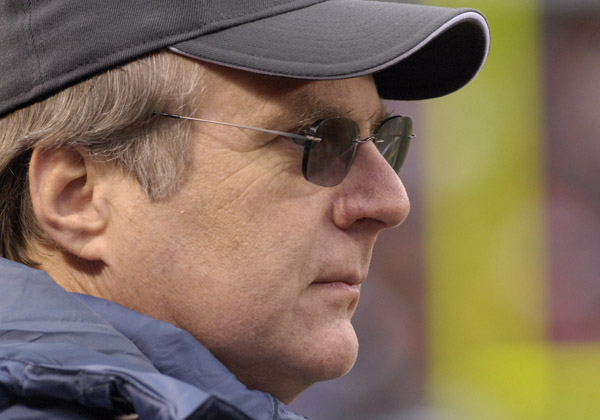 Paul Allen– I am so sorry to hear of his passing at 65. He was soft spoken but a real rocker, and he loved a good party. He was not the party type. Allen was a quiet man, and thoughtful. He was not the life of the party except when he played the guitar. For years he hosted parties on one of his two yachts, the 414 foot Octopus (with a yellow submarine, helicopter, it was like the Mall of America) and its junior, the 303 ft. Tatoosh. Paul flew in his own band and invited famous musicians to play with him. Why not? Using his Microsoft money, Allen had become an incredible philanthropist. His dream of himself as a rock star was benign and fun. He didn’t have a lot of ego. He will really be missed. I talked to him at length this year in Cannes at the “Han Solo” premiere. He was gentle soul. I find myself more upset than I thought I would tonight.

Here’s another report I ran of a Paul Allen party. I’ll look for some others. This was from January 2, 2008:

Forget New Year’s Eve. The real party down in expensive, tony and, apparently, cold St. Bart’s this year was on Dec. 30. The location was Microsoft co-founder Paul Allen’s Octopus, the sixth-largest private yacht in the world at 414 feet.

I’m told guests got to rub elbows with Steven Spielberg, Denzel Washington and Brett Ratner, while both Jon Bon Jovi and Robbie Robertson played in separate jam sessions with the amiable Allen and his house rock band.

My spies even spotted Warner Music Group’s Lyor Cohen, who was probably celebrating his company’s spectacular 75 percent loss in value for 2007. Their stock was trading at $6 Wednesday morning.

Maybe he was explaining over Champagne and caviar why on Friday, WMG suddenly turned over 3 million tracks to Amazon.com for downloading with copy protection (see Monday’s Fox411.) The many dozens of Warner/Atlantic legacy artists who depend on CD sales would be heartened to know Cohen was enjoying himself.

I know what you’re thinking: How did we miss all of this? What could we have been doing back here in New York for two weeks that was more important? Answer: Considering that alternate-side-of-the-street parking was in effect most of the vacation, I don’t know!