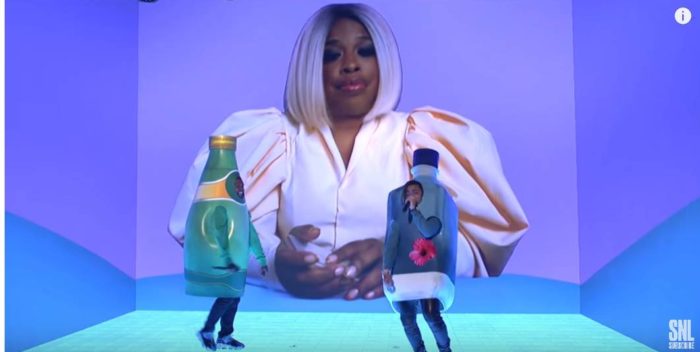 It was another Saturday night for Kanye West.

He dressed like a Perrier bottle for one song, wore a MAGA hat for another, changed his name to Ye, and failed to deliver his promised new album.

Kanye had Tweeted he was dropping an album called “Yandhi.” Not only did he not do that, he didn’t perform any of the songs from it on “Saturday Night Live.”

Instead, he presented three other musical entertainments. In one he wore a Trump-ian Make American Great Again hat and made a pro-Trump speech. A performance with Teyana Taylor was an embarrassment.

In the other, he wore a Perrier bottle as a Halloween costume.