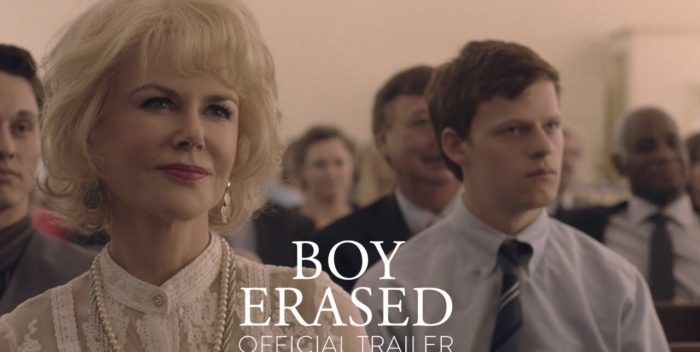 The Telluride Film Festival schedule is out. Somehow, some people in private plans or in “Star Trek” transporters will go from Venice to Telluride to Toronto. The rest of us will just go to Toronto, where “A Star is Born” will premiere in North America after tomorrow’s Venice debut.

So no Gaga in Telluride, but everything else — “First Man,” now in the Oscar lead, “Boy Erased,” and Robert Redford’s final acting job, “The Old Man and the Gun.” And, of course, Orson Welles’ finished final film, “The Other Side of the Wind.” Director Peter Bogdanovich will be there, he’s the Welles expert, also with his own new doc about Buster Keaton. Viva Bogdanovich!

“Boy Erased” is one of two Nicole Kidman films. The other is “Destroyer.” Kidman has quite a legacy as the Hollywood star who also is the leading actress and producer of indie films. She takes a lot of chances, and is always a winner. Bravo!

WATERGATE – OR, HOW WE LEARNED TO STOP AN OUT-OF-CONTROL PRESIDENT (d. Charles Ferguson, U.S., 2018)