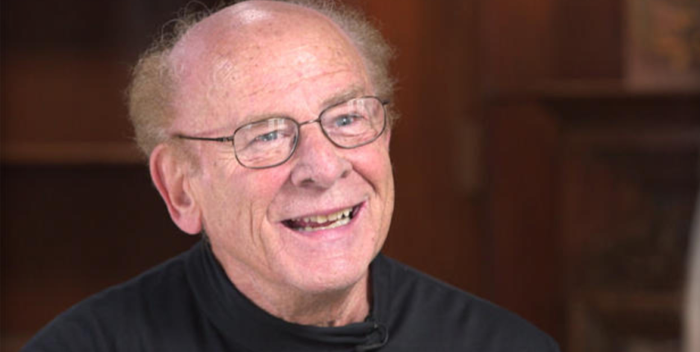 Well, there’s good news and bad news. Art Garfunkel has booked a show in Minnesota on Saturday, September 22nd, the same day Paul Simon plays his final concert, in Queens. There was hope that Simon & Garfunkel would reunite under the stars in the borough of their youth for one last “Scarborough Fair.” It’s not going to happen.

But Garfunkel could still appear at one of the two preceding shows with Simon at Madison Square Garden. Since he’s not going to sing on consecutive days, I’d bet on the first show, September 20th. This is all speculation.

Back on December 13th, I did an interview with Art for the release of his autobiography, “What is All But Luminous.” During our lunch he made a few veiled references to “something big that is going on.” I never learned what that was, but when Simon announced his retirement tour I assumed, thinking back to the lunch, that somehow these two old friends (as it were) had negotiated a way to have a final performance of their own. I sure hope that is the case. I have no other inside information.

Garfunkel and I were set to meet at a restaurant on Third Avenue and East 63rd St. that I think of as Fiorello’s East, but hasn’t been called that in about twenty years. I think it’s called Tony DiNapoli’s. As I approached the restaurant by taxi, my cell phone rang. A very dear and old friend– someone I have been close to for over 40 years– called from London to tell me her breast cancer had recurred and that she required new surgery after 11 years of being cancer free. Talk about being startled. And unnerved. When Artie arrived I explained what had just happened and he offered to postpone our talk. Well, we were there, and hungry, so we persevered. But I never listened to the “tape” and didn’t publish the interview. It was if the whole day had been a foggy dream.

This morning I watched Rita Braver’s excellent piece on Garfunkel on “CBS Sunday Morning.” I hope you watch it, too. Just click on that link. It sums up everything we talked about back on December 13th– how he lost and regained his voice, that he– unlike Simon– is not retiring but plowing ahead. That Garfunkel has always had an intellectual and cultural life separate from Simon, and the difficulties of laboring under the shadow of the Simon & Garfunkel success for what has turned out to be a lifetime. He’s a smart, funny guy who can sing like crazy. We would have gotten that from my interview and we certainly get it from Rita’s.

“What Is All But Luminous” doesn’t come out in paperback until next February. You can still order it from amazon as a hardcover or on Kindle. I’d get the hardcover. Artie designed it with various fonts. The look of it is cool, and the content is just enough to satisfy all our questions about Simon, about his personal life, about singing, reading, touring, and acting in movies like “Catch 22” and “Carnal Knowledge.” By the way, I went back and watched both of those films last summer– Garfunkel is excellent in each of them.

I have a favorite Garfunkel album. It’s called “Breakaway” from 1975, produced by Richard Perry. It’s a masterpiece. He has lots of other records. My favorite single was one called “Second Avenue.” It was never on an album. Garfunkel doesn’t like it for some reason, so he’s never included it on a collection. He doesn’t sing it now. It’s the one thing we disagree about. Go figure.

PS My friend had her surgery, and she is thriving. A happy ending.