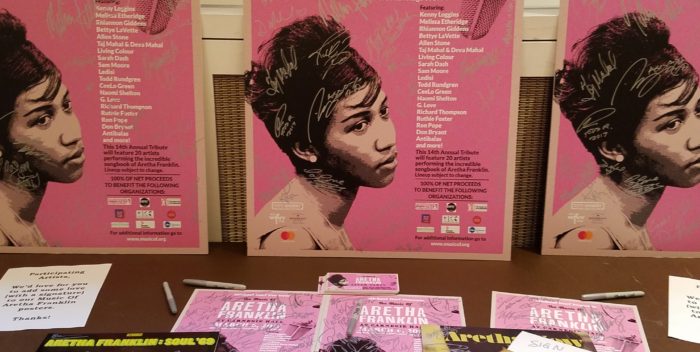 It’s Saturday morning, forty eight hours after the passing of the greatest singer of our lifetime, Aretha Franklin.

And what a tribute to her the fans have made: Aretha now has 21 of the top 100 singles on the iTunes charts.

The number 1 single is still “Respect,” and Aretha has numbers 2 and 3 also. She has fended off new releases from Janet Jackson and Ariana Grande.

On the albums chart, Aretha’s Greatest Hits is number 2. She has 17 albums in the top 100 all together.

Over on amazon.com’s CDs and Digital downloads chart, Aretha has the top three albums. Then there are about 15 others scattered through the top 100.

Aretha’s posthumous success has also been good for Carole King, who wrote “(You Make Me Feel Like a) Natural Woman” with Gerry Goffin and Jerry Wexler in 1968. King’s “Tapestry” album is also selling, with her version recorded three years later.

I know Aretha is watching this whole phenomenon and smiling from heaven. But boy oh boy, we miss her. Still, she and Otis Redding must be having a good time watching “Respect” soar through the world right now!