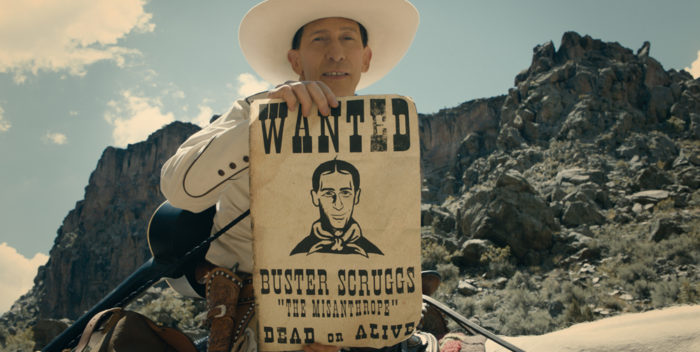 The Coen Brothers are back.

Their multi part film, “The Ballad of Buster Scruggs,” is going to the Venice Film Festival. And from there maybe the New York Film Festival and so on for Oscar consideration.

The omnibus western– six stories– stars Tim Blake Nelson, a lot of people we’ve never heard of, a couple we have like Tyne Daly and James Franco. It was supposed to be a series on Netflix, but now it’s a movie– a long one– evidently narrated by the Coens.

“Buster Scruggs” is one of four or five films Netflix is taking to Venice and other festivals with an eye on the Oscars. Will it work out? We’ll see. Amazon tried this last year and failed.