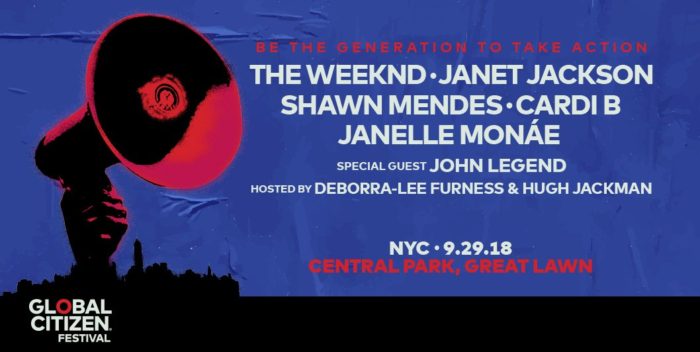 It’s pretty safe to say that Global Citizen’s newish Chief Operating Officer is not that well versed in poverty. Henshaw, hired in 2016, is now the highest paid executive at the group, which used to be called Global Poverty. She made $283,000 last year raising awareness about issues like impoverishment and hunger.

On top of that, Hensaw lives in a very exclusive enclave in Westchester Country called Waccabuc. Dubbed “the secret suburb,” Waccabuc has only 485 residents, many of them wealthy celebrities including William Lauder (of Lauder Cosmetics), a former chairman of the SEC, and right wing conservative Roger Stone. Gywneth Paltrow grew up there. Sean Puffy Combs owns a mansion there, and so on. On their historical website, Waccubuc points out that Arthur Miller married Marilyn Monroe there “in a Jewish ceremony.”

Henshaw is the Treasurer of the Landowners Council. The median household income, as of 2010, is $186,554 and the average household income is $240,258. Waccabuc has a per capita income of $79,819. Home owners must own property of not less than two acres.

Henshaw came to Global Poverty from the Environment Defense Council, where she made about $100,000 more a year. But she was part of a lawsuit there filed by a former employee who accused the group of discriminating against during and after her pregnancy.

I’ve written a lot about Global Poverty or Global Citizen, as it now called, because it’s thrived on producing rock concerts and not much else.

What’s interesting now is that as their revenue is declining, their expenses are increasing at an alarming rate– particularly their salaries.

In their 2016 federal tax filing, Global Citizen says contributions were down by almost $5 million from 2015. Their total revenue was off by $3 million. Revenue less expenses went from $4.8 million to negative $600,000. This was all under  Henshaw’s first year as COO.

Salaries, however, jumped from $3.5 million to $7 million dollars.

Henshaw herself earned around $295,000. She was the highest paid executive. Just under her is Global Citizen’s impresario, Hugh Evans, who made $283,000. Evans has doubled his salary each year he’s run Global Citizen. The organization lists at least 9 more employees who make more than $100,000 a year.

Evans has built Global Citizen on his persuading of celebrities to join him and buff up their own profiles. Chief among them has been actor Hugh Jackman and Chris Martin of Coldplay. Yesterday the group announced a big concert celebrating the achievements of Nelson Mandela, in Johannesburg, this December. Jackman is not listed as a participant, but Martin is, as are Jay Z and Beyonce, Pharrell, Ed Sheeran, and Usher. 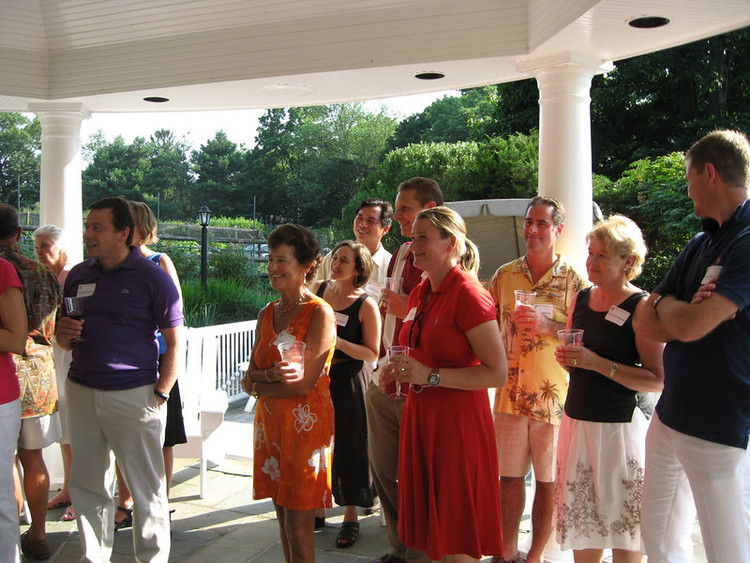 Meantime, back at the exclusive Waccabuc Country Club: “Waccabuc is more of a club in the country than a country club,” says its website.  “Cell phone use is restricted to the locker rooms and parking lots only.” And there’s a dress code:

“[No] denim in any form, souvenir tee shirts, men’s tank tops, very short shorts or skirts, cargo pants, cargo shorts, sweatsuits (shirts, pants or shorts), bare feet or bathing attire (bathing suits, flip-flops, sport sandals or shower slides). Tennis attire and athletic shoes may not be worn in the Clubhouse dining rooms or during the evening in the Bar or on the Terrace, with the exception of scheduled post event buffets. Ladies and gentlemen must remove sport hats, including baseball hats and visors, before entering the Clubhouse.”