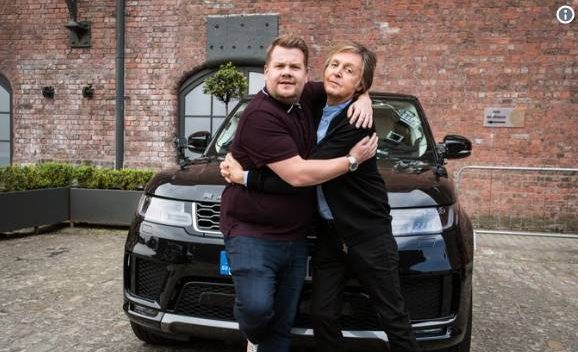 Paul McCartney is celebrating his 76th birthday in style, that’s for sure.

He’s dropping new music at the end of this week, and backing it up with a PR blitz next week.

McCartney will be featured on “Carpool Karoake” next week with James Corden on his Late Show. The ex-Beatles was spotted this week filming with Corden in Liverpool, where he put on a private show and visited his original home for the first time in decades. Corden’s show comes from London all next week.

It’s happening!#CarpoolKaraoke with @PaulMcCartney premieres next week during our four nights in London! pic.twitter.com/miFCncoL71