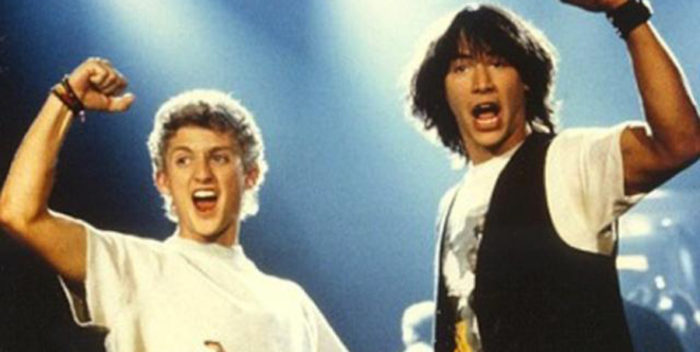 Yes, it’s been 27 years since Keanu Reeves and Alex Winter went on “Bill & Ted’s Bogus Journey” — and 29 years since their “Excellent Adventure.”

And now, for some reason, they will reunite to “Face the Music” in a sequel no one needs or wants — except maybe the original filmmakers, who see a chance to cash in one more time (or at least get on Netflix).

This time, Bill and Ted will have daughters, and maybe even wives. Original creators Chris Matheson and Ed Solomon have written the script, with Dean Parisot set to direct.  MGM owns the rights to the film and will release in the U.S. under their Orion Pictures banner.

The plot? Well, Bill and Ted are failed songwriters. So they’re going to time travel with the girls and write the greatest song ever. Fer sure. I guess it’s time for a new “Wayne’s World” movie, too.