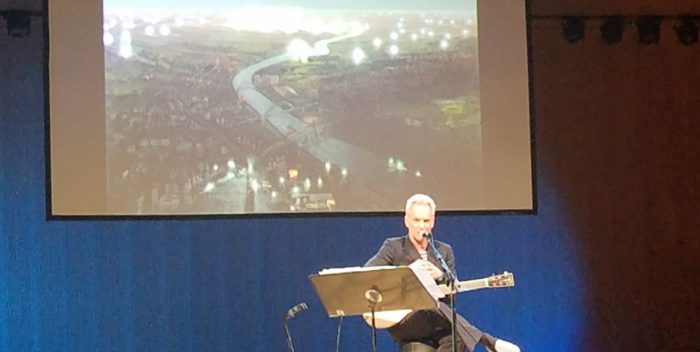 Sting– busy lately? He’s been a press tour for about 10 days promoting his hot album with Shaggy called “44/876.” It’s been in the top 20 all week on iTunes, amazon, etc.

So why not fulfill another commitment? On Tuesday, Wednesday, and last night the rock superstar played an intimate acoustic 45 minute set at the Grace Rainey Rogers Auditorium inside the Metropolitan Museum of Art in conjunction with their Thomas Cole-Hudson River School exhibition. Needless to say, the three shows — called “Atlantic Crossing” — were sold out (the room holds about 650) and the audiences were swooning. They heard selections from Sting’s musical “The Last Ship” (currently a hit in the UK in a new streamlined version) with which he intertwined growing up in Newcastle, England among shipbuilders.

Last night, as a little flourish, he included two encores (well, he had to) for a wildly enthusiastic, cheering, standing, clapping audience. t Leading the charge was Jerry Moss, founder of A&M Records with Herb Alpert, the label that Sting has recorded on solo and with the Police since 1978. The last songs were “Message in a Bottle” and “Englishman in New York.” It was pretty deliriously great to see Upper East Side financial guys in blue blazers and ladies in pearls singing back the lyrics. 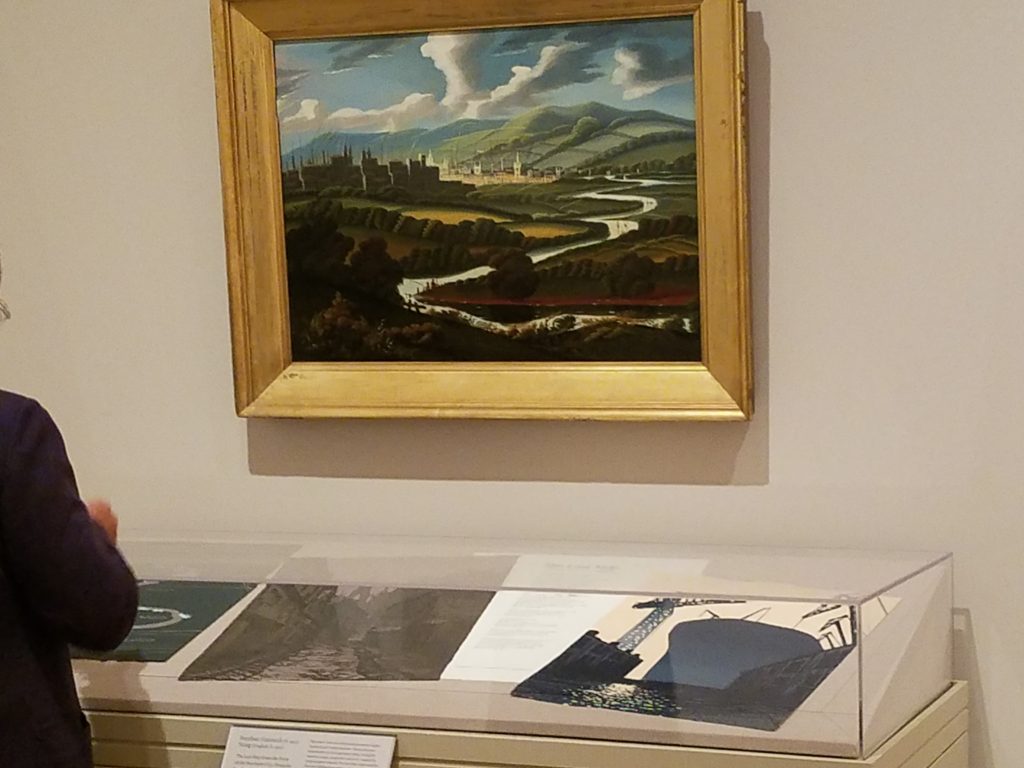 But wait– the show was introduced by landscape artist Stephen Hannock, who is so famous he has six pieces in the Met. He’s also collaborated with Sting on a limited edition book from Two Ponds Press called “The Last Ship from the Northern City.” There are only 85 copies and they cost– a lot. You won’t find it in the Strand Bookstore. It’s a work of art for collectors. Now that the books are finally starting to come off press (slowly), The Met has set up a display in their Hudson River School section where Hannock’s “Oxbow” hangs with its antecedents.

But the Met has gone a step further. To Sting’s surprise, the lyrics to “The Last Ship” are placed in a case along with a Hannock woodcut print, under a famous painting by Thomas Chambers. “It blew me away,” Sting said, unexpectedly moved. “My lyrics in the Met! I couldn’t believe it.”

And now, back to Shaggy. Listen to Sting’s “If You Can’t Find Love” here.