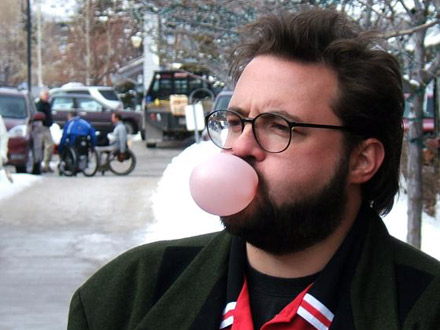 “Clerks” director Kevin Smith has tweeted overnight that he’s survived a massive heart attack. Smith had been performing on Sunday night in Glendale, California at the Alex Theater doing his Comic Book Men stage show. He says that after the first show he had the heart attack. “If I hadn’t canceled the second show 2 go to the hospital, I would’ve died tonight.”

Smith, who’s 47, rose to fame as the director of such unique comedies as “Clerks,” “Mallrats,” and “Chasing Amy.”

I’ve known Kevin for a lot of years, to say the least. Sending him massive Get Well wishes!

After the first show this evening, I had a massive heart attack. The Doctor who saved my life told me I had 100% blockage of my LAD artery (aka “the Widow-Maker”). If I hadn’t canceled show 2 to go to the hospital, I would’ve died tonight. But for now, I’m still above ground! pic.twitter.com/M5gSnW9E5h