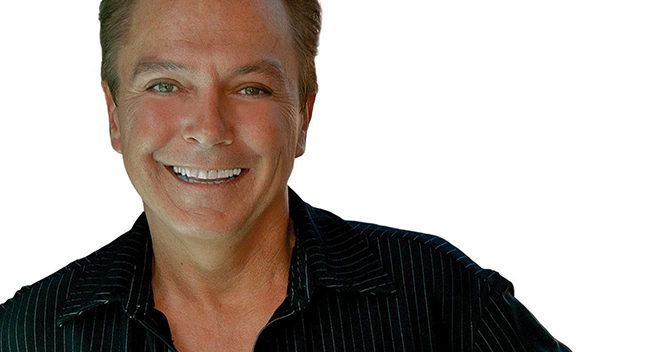 It looks like David Cassidy isn’t long for this world which is too bad. He was the Justin Bieber of his day, only smarter and more talented. At 64, his family– including brother Shaun Cassidy, who was also a pop idol, and Oscar winning stepmother Shirley Jones– says he’s in critical condition with organ failure. What a shame.

David Cassidy became an international sensation in 1970 starring as older brother Keith in “The Partridge Family.” The Partridges were supposed to be a fake TV version of the real life Cowsill family, who were a group of brothers and sisters who had a lot of hit singles like “Indian Lake” and “The Rain, Park and Other Things.”

But because Cassidy really sang and played the guitar, and his real life step mother was a famous singer who played his mother in the show, the Partridge Family had chart hits, too. Their biggest one, sung by David with a studio group, was “I Think I Love You.” They had a few others including “Meet Me Halfway.”

Then David went out on his own and, covering two hits from the 60s– “Never My Love” and Cherish”–he had hits under his own name.

But by the late 70s, the party was over. David Cassidy was another pop star on the wane. I guess he never quite got over that. Drugs followed. This last year he admitted to having onset dementia, among other things.

David’s other famous relative was his father, the actor Jack Cassidy, who was married to Shirley Jones in the 60s. He was a very popular actor on TV, on Broadway and in films, but he was also an alcoholic, suffered from bi polar disease, and was bi-sexual. He died in a fire in 1974 at age 49.

Shirley Jones is still very much alive. A child star on Broadway, an Oscar winning actress on film, a TV star thanks to the Partridge Family, she’s only 83 and still kicking. I’m sure the deterioration of her famous stepson is a terrible blow.

“I Think I Love You” was considered kind of a joke in 1970 if you were serious about music. But it was recorded by The Wrecking Crew, Phil Spector’s crack band that made hundreds of pop hits for great singers from the Fifth Dimension to the Monkees, the Association, and on and on. The musicians on it included the great Hal Blaine, Larry Knechtel, and Tommy Tedesco. In time, the Wes Ferrell-produced record– on Bell, which later became Arista Records– has found a place in pop history.