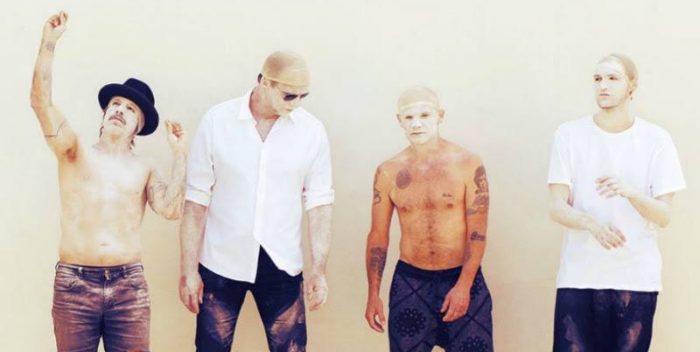 Bruce Springsteen has never missed a year helping out Bob and Lee Woodruff with their annual Stand Up for Heroes veterans event.

But this year Bruce was other wise engaged. You know, he’s on Broadway. So the Red Hot Chili Peppers stood in for him and rocked the crowd at the Theater at Madison Square Garden.

The event is produced by Andrew Fox and Caroline Hirsch of Caroline’s Comedy Club to kick off New York Comedy Week. So there were plenty of comics on hand, from John Stewart and John Oliver to Trevor Noah. The subject, invariably, was Donald Trump. And the vets as well as the audience loved it.

I stopped “House of Cards” actor Michael Kelley before he hit the red carpet. “So you’re on hiatus,” I said. He gave me a look that could kill, right out of Francis Underwood’s playbook. Ouch!