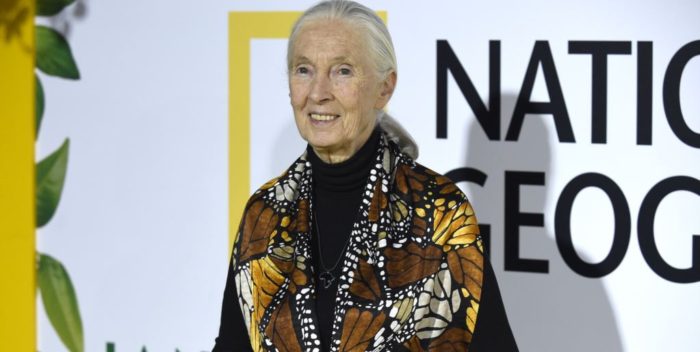 We shlepped out to Brooklyn last night on the B train and it was worth it. The 2nd annual Critics Choice Documentary Awards turned out to be a hot night, with Brett Morgen’s excellent “Jane,” about Jane Goodall, winning Best Doc and “Clive Davis: The Soundtrack of Our Lives” picking up Best Music Doc.

Legendary music man Davis also presented an award and noted that he’s actually from Brooklyn as is his one of his all time artists, Barry Manilow. Later he and director Chris Perkel were happy and a tad surprised to win their category– but they deserved it.

Overall “lifetime” awards went to Joe Berlinger and Errol Morris. They each said– Berlinger especially– they hoped it was a “mid”-lifetime award.

Two old songwriting rivals also appeared at the dinner– Diane Warren, who was nominated for a song she did with Cher, and Linda Perry. for one with Pat Benatar. But neither of them won Best Song. That distinction went to “Jump,” a song performed by Cynthia Erivo from the documentary “Step.”

Critics Choice doesn’t have a musical score award, but trust me, Philip Glass is going to be nominated for his “Jane” work and may even win the Oscar. The CD is available and everyone should hear it. It’s a masterpiece. He doesn’t monkey around.

A funny side note: Morgen directed Robert Evans’ “The Kid Stays in the Picture.” Even he says that Jane Goodall was not his kind of subject and he thought there were many movies made about her already. But he learned how wrong he was. In the process, he’s made what a film that could go all the way.

Most interesting person we all met last night: Gilbert Gottfried. He’s tiny, like a bird, his size was accentuated by his wearing what seemed like a David Byrne “big suit.” He’s also very reserved, quite the opposite of his comic character. Today, a new documentary about him is being released which I can’t wait to see.

Best Music Documentary
Clive Davis: The Soundtrack of Our Lives