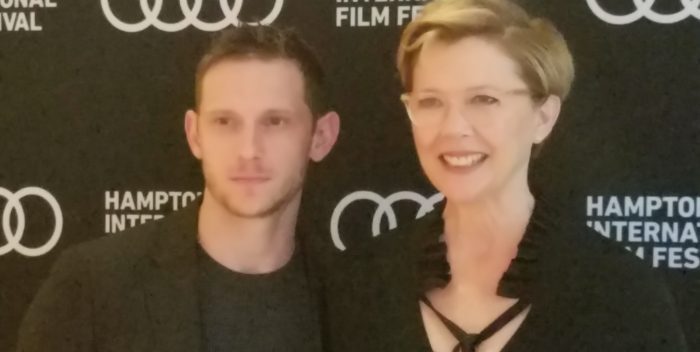 First Annette Bening arrived– with Jamie Bell– with their “Film Stars Don’t Die In Liverpool.” Bening is sensational as 50s film star Gloria Grahame, an Oscar winner herself but a sort of B version of Marilyn Monroe. “Liverpool” is a true story of Grahame’s later in life fling with a sexy young guy (that’s Jamie Bell), whose Liverpool family took care of her.

Both Bening and Bell are knockouts. Bening throws her name once again into the Best Actress pool, which is filling up with names like Judi Dench and Emma Stone. She’s been there before, and should have been there last year with “20th Century Women” if A24 hadn’t concentrated only on “Moonlight.” “Liverpool” comes from Sony Pictures Classics, which steered Cate Blanchett to Best Actress not long ago with “Blue Jasmine.” 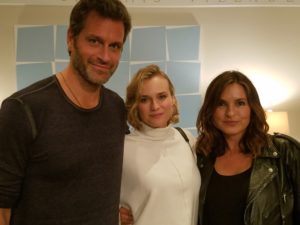 And then Diane Kruger arrived with “In the Fade,” which Germany has entered into the Foreign Film race. Kruger won Best Actress in Cannes with Fatih Akin’s intense drama about neo Nazi terrorism. Kruger plays Katja, who is seeking justice for her murdered son and husband. She is simply outstanding in what turns out to be a courtroom drama wrapped in a political thriller. It’s the role of a lifetime for Kruger, who is best known for her own stand out performances in “Inglorious Basterds” and “Farewell My Queen.”

After last night’s screening, “Law & Order SVU” star Mariska Hargitay and actor husband Peter Hermann, who was raised in Germany, stopped backstage for photos and kudos. Hargitay, who’s played hard as nails cop Olivia Benson for almost 20 years, was in tears. She said, laughing: “I don’t know why, I see this in my job every day. But she was amazing.”

It’s quite possible we’ll see both Annette and Diane on Oscar night. They are top of the list for possible nominees.