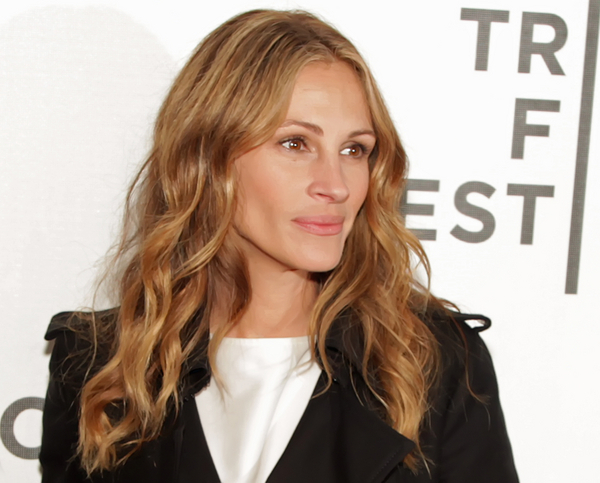 Sharon Stone, who gave so much to amFAR, is snubbed again by the AIDS organization. Instead they’ll throw a bash in Los Angeles next month to honor Julia Roberts.

There’s nothing wrong with Julia Roberts, but as far as I can tell she’s been to exactly one amFAR event ever– two years ago in Los Angeles. She’s never really had anything to do with them otherwise. At one time, Julia’s charity work was very focused on Paul Newman’s Hole in the Wall Gang. She’s also been a backer of Bono’s (RED) Campaign. In a press release she’s cited as participating “in the kick-off of the World AIDS Day holiday shopping extravaganza. In 2014, Roberts received the Humanitarian Award from GLSEN, the Gay, Lesbian & Straight Education Network, at its annual GLSEN Respect Awards gala. In addition, Roberts is also a passionate fighter for many causes, including healthcare, education, international development, disaster relief, family support, and more.”

Roberts is a big Name, though, and she’ll bring big table sales to the evening. Tom Hanks and James Corden will participate, CAA has thrown its full weight behind the event.

Meanwhile, no mention of Stone, who ran around the world tirelessly raising money for amFAR for years until they didn’t want her anymore. It’s kind of shocking.

And amFAR continues to have sketchy finances as it chases celebrity around the world.