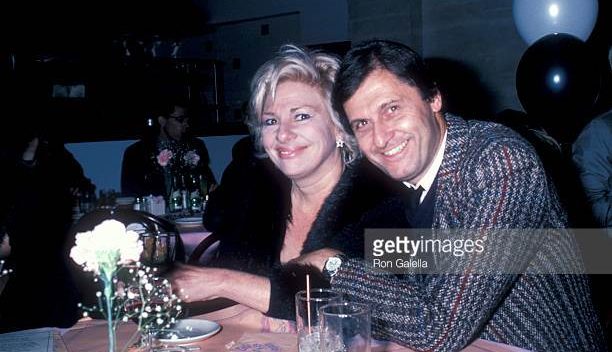 I am so sorry to hear that Joe Bologna has died in Hollywood at age 82. They say it was pancreatic cancer, the most unfair thing in the world. Joe was one of half of Hollywood’ most married– and happiest couple. He and Renee Taylor (you know her from “The Nanny” among other things) renewed their vows every year since 1965. They were probably one of the most popular couples ever in Hollywood.

Joe and Renee always worked, whether it was stage, TV, or film. He’s probably best known for playing King Kaiser (really Sid Caesar) in the brilliant Richard Benjamin movie, “My Favorite Year.” This is a must see if you love great comedy. He had a steady run in good movies from 1971 for two decades including “Blame it on Rio,” with Michael Caine and “Transylvania 6-5000.”

In 1971, Bologna was nominated for an Oscar for Best Adapted Screenplay with Taylor for “Lovers and Other Strangers.” The cast of the movie–based on their hit play– was like a Who’s Who–Cloris Leachman, Diane Keaton, Bea Arthur, Richard Castellano, Bob Dishy, Gig Young, Jerry Stiller and Anne Meara. The play, which premiered on Broadway in 1968 and ran for two months, was directed by Charles Grodin.

It always seemed like his movies were just filled with friends who happened to show up. In 1996, Joe co-wrote and directed another movie like that called “Love is All There Is.” It was one of the first films to showcase Angelina Jolie, daughter of one of their friends. (That’s when I met her, and she was like a scared fawn that night– no tattoos or blood in vials yet.) For some reason, when I think of the Bolognas I think of Paul Sorvino and Lainie Kazan. They’re all in that group.

What a shame– condolences to Renee Taylor and their writer-director son Gabriel. Joe Bologna was a really good guy.