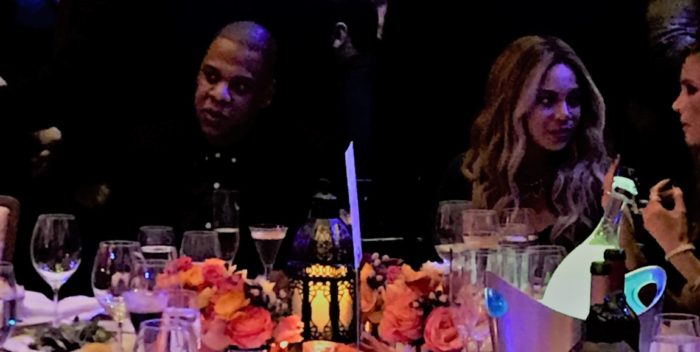 You see the signs for “4:44” everywhere. They’re on taxis, bus shelters, written on the subway walls. And for the first week of release, Jay Z’s new album was the talk of the town.

But reality bites and so do sales numbers. According to BuzzAngle, “4:44” has sold a total of 264,100 albums. That includes CDs and downloads but not streaming. If you count in streaming, including singles, the number still comes only to 364,000.

This is a far cry from the 500,000 level that the RIAA requires for a gold record, and 1 million copies shipped for platinum. Still, the RIAA awarded Jay Z a platinum album based on private sales through Tidal streaming and direct deliveries to Sprint customers.

If you downloaded the album from Sprint, let me know at showbiz411@gmail.com.

The fact  that “4:44” has sold so much less than 500,000 is startling. The money spent to promote it was huge. I guess the only way to make the money back is through Jay’s 360 deal with Live Nation. His tour starts soon, and they can hide the loss somewhere in there.