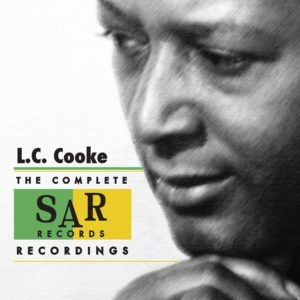 Charles “LC” Cook, younger brother of late R&B great Sam Cooke, has died at age 85. Cook, who didn’t use the ‘e’ added by Sam to their name, was himself a true legend in gospel and R&B. He sang with his brother on SAR Records, and was a member of the Soul Stirrers, Sam Cooke’s original group. (Sam Cooke was murdered in 1964.)

LC was the fifth of ten children. LC — whom I was lucky enough to meet once– lived in Chicago and had remained a popular and influential member of the greater R&B legacy community. He sang at Lou Rawls’s funeral several years ago, and it was one of the most beautiful moments in music I will always cherish and remember. He counted among life long friends Aretha Franklin and Sam Moore.

Here’s a great interview with LC by Dave Hoekstra.