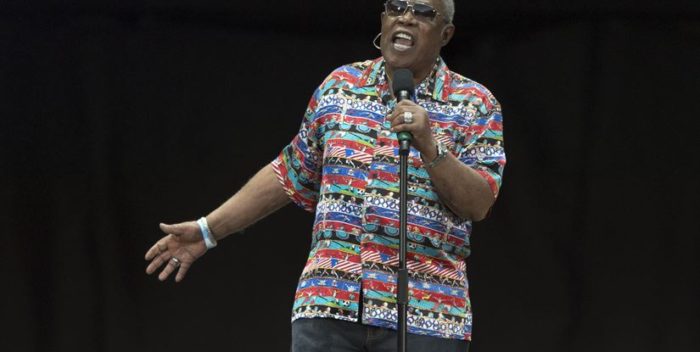 Dan Aykroyd is psyched to be singing with Rock and Roll Hall of Famer and Grammy winner Sam Moore on PBS July 4th. He Tweeted today: “Elwood and Zee Blues are delighted that original Soul Man, Sam Moore will be joining the Blues Brothers for the “Capitol Fourth” concert in D.C. Sam, the great hit-maker for Stax/Volt, sings like he was still 19. His presence and talent alone are worth the price of admission.”

Moore, 81, just wowed the crowd at Chicago’s Warrior Games last night, performing alongside Blake Shelton and Kelly Clarkson. The Warrior Games Anthem, “Show for You,” is such a hit that it’s up on iTunes: