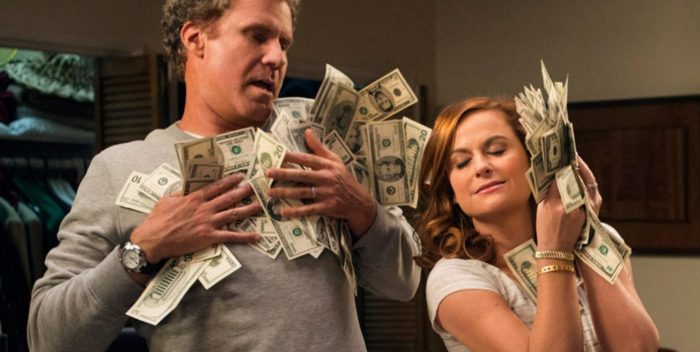 Tonight in Hollywood, some people– I won’t call them lucky– are finally seeing Will Ferrell and Amy Poehler in “The House.” They are among the very few who’ve been exposed to what I hear is a fairly awful comedy. There are no reviews posted even though “The House” opens Friday. No press person in New York seems aware of it.

Recently, Ferrell– to get some press for what looks like a turkey– threw Mariah Carey under the bus saying she’d been cut out of the film for being a diva. But really, her complaint– that they not shoot her (like with a gun)– seemed pretty normal. I think she dodged a bullet not being in the movie.

Last fall, I told you they were doing massive re-shoots on “The House,” throwing in guest stars because the movie itself was a dud.

Right now, there are reviews up for all of Friday’s movies except “The House.” And those movies are all terrific. “Baby Driver” leads the pack, and everyone wants to see “The Big Sick.” For Warners, which has “The House,” “Wonder Woman” is so huge none of this matters.

Funny thing: when a movie is good, we know all about it well in advance. Both “Spider Man: Homecoming” and “War for the Planet of the Apes” are like that, and they don’t open until next month!

As for Amy Poehler, everyone loves her. This will just pass. On Seth Meyer’s “Late Night” last week — on which she talked hilariously about everything else in the world– she barely mentioned the film. It must be terrible.