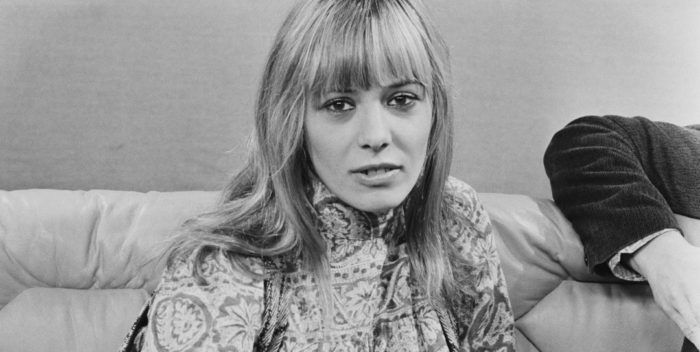 Anita Pallenberg has died in London today, age not fixed yet but I’m told 74 or 75. She was one of the great muses of the Rolling Stones, lover of Brian Jones, and mother of two children with Keith Richards. Sources tell me a lifetime of substance trouble finally caught up with her. She’d been ill for some time. “But when the time comes it’s still a shock,” says a Stones insider.

Pallenberg is the mother of Marlon Richards and Angela Richards. She and Keith were together for 12 years. A third child died at 10 months.

Marlon Richards posted an initial announcement to Facebook, which was followed by one on Instagram by Lola Schnabel, daughter of artist Julian Schnabel.

My sources say Pallenberg “passed away with her family around her.” Keith Richards is headed to London right now to join his children.

Schnabel wrote: “I have never met a woman quite like you Anita. I don’t think there is anybody in this universe like you. No one has ever understood me so well. You showed about life and myself and how to grow and become and exist with it all. I was a little girl thinking I was big but I became a woman through knowing you. The secret lyrical you. My best friend. The greatest woman I have ever known. Thank you for the most important lessons – because they are ever changing and definitive. Like you. We are all singing for you, how you liked it. Go in peace my Roman mother, you will always be in my heart”

Bebe Buell, a long time fellow rock muse, posted on Instagram:” The most beautiful girl in the world… with one of the most special people I’ve ever known…There was none more beautiful, more unique and more inspiring! The official “sixth Stone”… I will love you forever, dearest Anita. Sleep with the special angels, Gods & Goddesses… RIP”

A source close to the Stones told me: “It’s such a shock because she was such an icon, and the first of the women from that rock generation to go.” (Actually you could say that Linda McCartney, Maureen Starkey and Cynthia Lennon preceded her.)

Anita Pallenberg passed away peacefully at St Richard’s Hospital, Chichester yesterday June 13th with her family by her side. She was 75 years old and had been ill for some time.

She will be cremated with a memorial service to follow at a later date. The family requests that their privacy is respected at this time.

Keith Richards said: “A most remarkable woman. Always in my heart.”