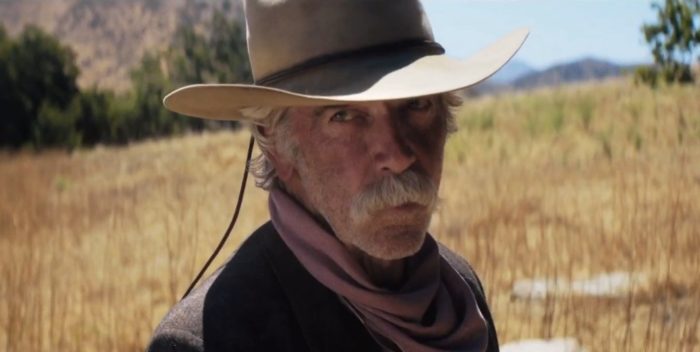 Tomorrow brings “The Hero,” a gem of a little film starring veteran Sam Elliott– who’s having a Renaissance these days– and Laura Prepon.

Last night’s premiere at the swanky Whitby Hotel in midtown brought Elliott, alas, but not his wife of 39 years, the great Katharine Ross, who’s got a nice turn in the film. We can’t seem to get Ross to the East Coast!

Prepon was “out to there” eight months pregnant, and due in July with a baby girl. That’s two big releases in a short time! Both Prepon and Foster, now living full time in New York, brought both of their families to celebrate the actress’s success.

And what a nice turn for Prepon, who came to fame in the comedy “That 70s Show” but has had to be a bit more hard nosed in “Orange is the New Black.” As Charlotte, the last minute love interest of Elliott’s faded actor Lee Hayden, she turns on the charm– and it works. Prepon has a great smile as it turns out. Alex on “OITNB” could use some of that!

Elliott, meanwhile, will next be seen in Bradley Cooper and Lady Gaga’s “A Star is Born.” He’s never been more profile after also starring with Lily Tomlin in “Grandma” and with Lily and Jane Fonda in “Grace and Frankie.” In fact, he says, there’ve been inquiries about a possible return to “Grace and Frankie” sometime in the future.

One more guest at the “Hero” party: actor Quincy Dunn Baker, who I just saw last week in Matthew Perry’s off Broadway play “The End of Longing.” He’s white and Jewish and from Vermont. “Were you named for Quincy Jones?” I said, jokingly. “Yes!” he replied. Turned out his parents saw Quincy Jones hosting the 1982 Grammy Awards and liked him so much, they named their baby after the great musician and record producer. A nice salute to Q!