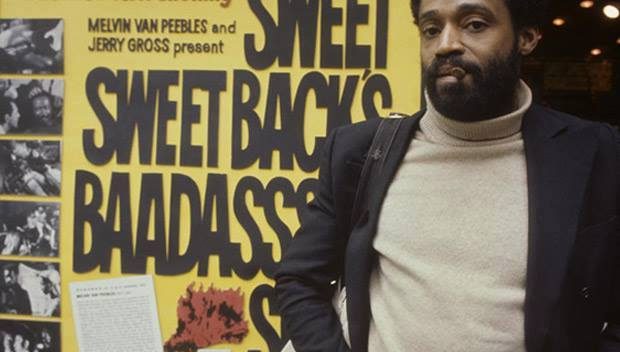 Melvin van Peebles’ “Sweet Sweetback’s Baadasssss Song” was a hit independent movie and the first of what was known as “blaxploitation” films back in 1971. It was a huge hit and established the multi-talented Melvin, a cult hero in film and music. His son, Mario van Peebles, may be even better known to you as an actor and director.

So wait– what happened to the “Sweet Sweetback” soundtrack, all music written by van Peebles and performed by a then unknown Earth, Wind, & Fire? This was two years before “Shining Star” put EWF on the map. The album isn’t on Spotify, and has been lost to the generations.

No more! Just got word from Stax/Concord that they’re finally issuing a proper LP and digital download on May 26th. I sure hope they put out a top grade CD as well. “Sweet Sweetback” ranks among the greatest R&B albums of all time. It needs to be heard again. (I’m listening right now to the press link, and kvelling.)

This reissue is part of the Stax Records’ 60th anniversary reissue series. There are new and beautifully repackaged, remastered albums by Otis Redding, Booker T & the MGs, Isaac Hayes, The Staple Singers, Carla Thomas, Rufus Thomas, Johnnie Taylor, Eddie Floyd, William Bell, Sam & Dave, The Dramatics — with more to come! Not one of these is to be missed if you want to know anything about real R&B, and historic music. Also, you can dance to it!

Get over to Amazon and get all this stuff now! Summer is here!

PS Melvin is turning 85 in August, he’s the youngest cat around, lives right here in New York. Congrats to him!