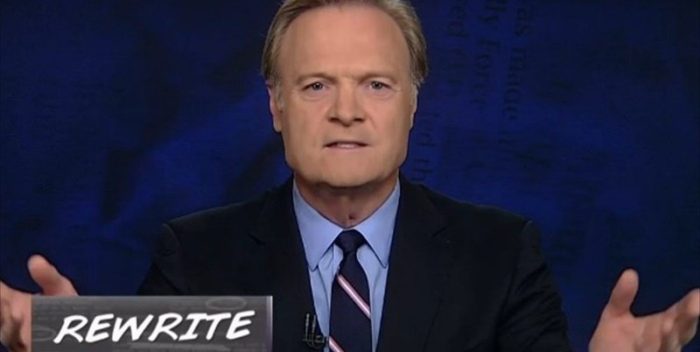 We may not have heard “The Last Word,” as it turns out.

The contract runs out in less than four weeks. The network, some posit, was stalling as a “tactic.” It didn’t work.

Fan response to the news that O’Donnell might be gone has been HUGE. From Twitter and Facebook to old fashioned calls to MSNBC‘s Phil Griffith and NBC’s Andy Lack, it’s been actually shocking. Not that I’m surprised.

But it turns out MSNBC’s viewers have made “The Last Word” a hit not just because of Rachel Maddow and hatred for Donald Trump, but because they actually enjoy O’Donnell’s reasoned and impassioned approach to the events of the day.

So there may be a happy ending to this bizarre situation.

It doesn’t hurt that Maddow is clearly pulling for O’Donnell. Last night she ended her show with a soft segue into his, having a nice mutual chat before O’Donnell took over just after 10pm. She basically called him a friend and reminded everyone they are part of a team. The whole thing was very Kumbaya and just swell. It was very menschy of her.

So stick around. It may all be worked out soon…