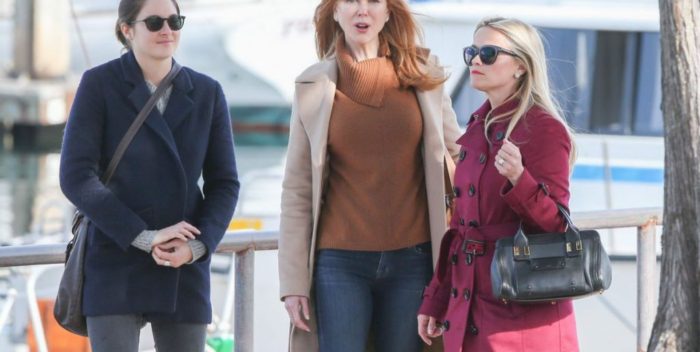 Nicole Kidman and Keith Urban are each in the iTunes top 5 albums.

After last night’s ACM Awards, Keith’s “Ripcord” album jumped up to number 5 on iTunes. It’s been a hit for quite a while, but the much watched  TV awards show sent it soaring again.

But the bigger news is about Nicole. On Friday the digital soundtrack for her HBO series “Big Little Lies” was released to download and streaming services. After last night’s series finale, “Big Litte Lies” pushed up to number 3 on iTunes. Charles Bradley, Martha Wainwright and Leon Bridges are featured on the ABKCO Records release. (Yes, that’s the same ABKCO of Sam Cooke, Rolling Stones, and Phil Spector fame. They do a lot of soundtrack releases.)

Nicole isn’t a stranger to the pop charts. She had a little hit years ago with Robbie Williams singing “Something Stupid” from “Moulin Rouge.” Of course, she’s not singing on “Big Little Lies,” but she’s the co-star of the show, and produced it, and her photo’s on the cover of the album. That works for me!