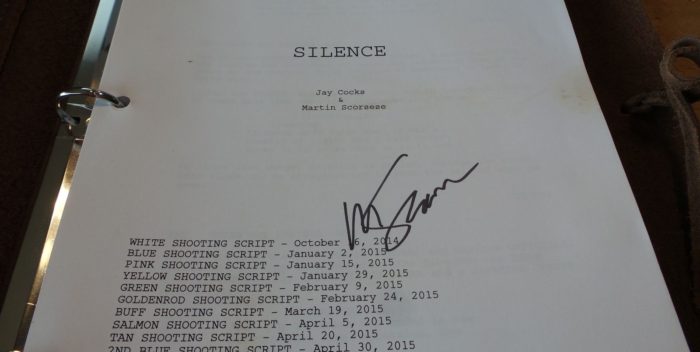 Awards season is over, and there’s no more swag.

Of course, there’s swag and then there’s swag. As a member of the Broadcast Critics, I receive copies of the screenplays for the year’s films. They’re usually just printed up as a paperback book, with no worth other than having them. 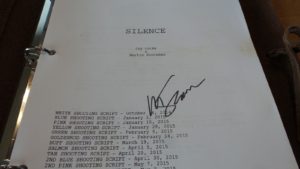 But others really get nice stuff. The Hollywood Foreign Press ASsociation apparently receives autographed screenplays, and mostly leather bound in special embossed covers. How do we know? Well, they’re turned up on e-bay.

Right now screenplays for Martin Scorsese’s “Silence” written by Jay Cocks, Noah Oppenheim’s “Jackie,” and Barry Jenkins’ “Moonlight” are all up for auction on the site. Each one specifies that they were created for the Hollywood Foreign Press Association. 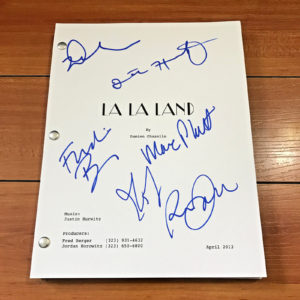 The highest price signed screenplay of this past season comes from “La La Land” for $499. Signature was obtained at the Vanity Fair And Barneys New York Private Dinner In Celebration Of “La La Land” Feb 22 2017 – Chateau Marmont – Los Angeles, CA 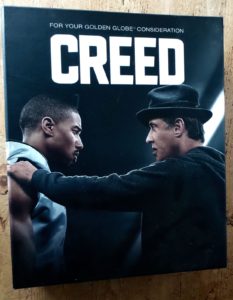 And the auctions are not just limited to screenplays. For $225 there’s a boxed set for 2015’s “Creed.” The ebay entree reads: THIS AUCTION IS FOR THE CREED MOVIE DELUXE BOX SET PLUS THE FYC SCRIPT AND SOUNDTRACK. THIS WAS GIVEN OUT AS A GIFT TO THE HOLLYWOOD FOREIGN PRESS FOR THE CONSIDERATION AT GOLDEN GLOBES 2016. THIS IS A LIMITED EDITION. NOT SOLD IN STORES. THE DVD WAS TAKEN OUT BY THE HFPA MEMBER AS IT WAS WATERMARKED. THE BOX MEASURES 10 X 8.5 X 2 1/4 INCHES CLOSED. ONCE THE DVD COME OUT YOU CAN OUT IT IN EMPTY SPOT.