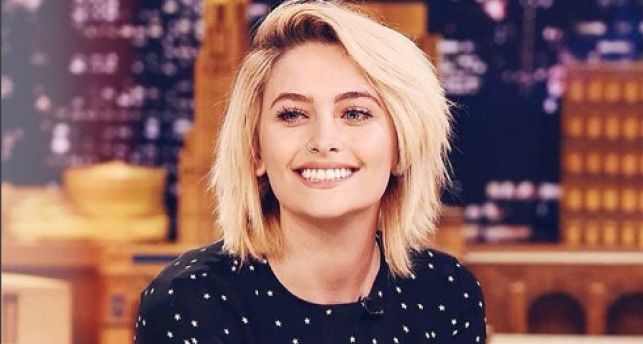 Paris Jackson has arrived. The 19 year old daughter of Michael Jackson made a fun, elegant talk show debut tonight with Jimmy Fallon on The Tonight Show. 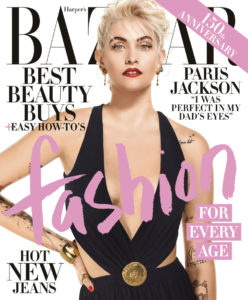 Paris has not had an easy time growing up fast in the spotlight. But there she was with Jimmy, wearing a great dress, having a nice sense of humor and a good way about her. She was a sport playing Egg Roulette with Jimmy, and smashing two raw eggs on her forehead during a “competition.”

Paris told Jimmy her first album was The Beatles “Sgt. Pepper,” her first show was her dad’s MSG concert for “Invincible” in September 2001. She said her real celebrity knockout was seeing Alice Cooper live in concert recently.

The daughter of Debbie Rowe makes her acting debut this week on “Star,” Lee Daniels’ show on Fox.

She’s also on the cover of Harper’s Bazaar thanks to her representation with WME-IMG and Arnold Stiefel, the famed manager of Rod Stewart. It’s kind of great and amazing to see Michael Jackson’s older kids take to the world of celebrity so well. They seem like they’ve got themselves together. It’s not easy. I can remember the days when Michael was criticized for taking them out in public in masks and costumes. But he’s having the last laugh from heaven, isn’t he?