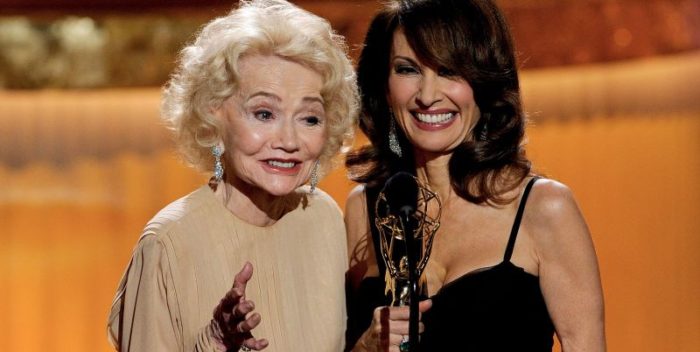 What a shame: my cursory reading of Agnes Nixon’s posthumous memoir “My Life to Live: How I Became the Queen of Soaps” has uncovered several important errors and omissions.

I really liked Agnes, and interviewed her back in the 90s for the New York Times about living in the tony Lombardy Hotel on West 56th St. which housed the famed French restaurant Laurent. She was then running two hit soap operas which she had created for ABC in the 1960s, “All My Children” and “One Life to Live.”

I don’t know how “My Life to Live” came to be considering that once ABC sold Mrs. Nixon out to Prospect Park Productions and killed her shows in 2010, she went into decline. She died last year at age 92 from Alzheimer’s and Parkinson’s– a cruel ending for such a talented and imaginative writer. But no one fact checked this book, and whoever put it together didn’t know the early history of her shows. 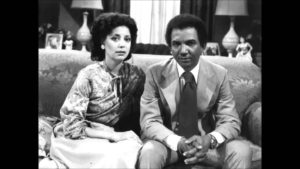 Key to Nixon’s success was her launch of “One of Life to Live” in 1968. The show addressed social and racial issues that had never been dealt with on soaps and rarely on nighttime TV. She created a character called Carla Gray, played by Ellen Holly, who was black but passed for white. That much the book gets right. But from there, the story is lost and there is a huge mistake. The book says Carla fell for a “white police lieutenant” named Ed Hall. But as everyone knows, Ed Hall was black, and he was played by the great Al Freeman, Jr. This was a hot story at the time. Maybe Nixon was unaware that Laurence Fishburne, who played Ed and Carla’s son, became a big star.

The book also gives zero attention to Judith Light who got her start on “One Life to Live” and won an Emmy award for playing Karen Wolek. Strange. Light went on to become an esteemed theater actress who’s won two Tony Awards in the last decade. There’s also nary a nod to Erika Slezak, who won three Emmys over 30 plus years playing the lead character on that show. Tommy Lee Jones also started on “One Life to Live,” but he’s omitted as are several others who went on to greater fame like Tom Berenger. It might have been interesting to hear Nixon’s thoughts about her original “AMC” heroine played by Karen Lynn Gorney– who was written off the soap and then had a surprise success in “Saturday Night Fever.” So there.

How did Agnes Nixon feel about all these actors who she launched to great success? We’ll never know. Nixon looked very patrician, but she was a savvy businesswoman in her day. She lured stars from her early shows, As the World Turns and Another World, to her newer shows to kick up ratings and get publicity. But there’s no insight about how that worked.

And as for Al Freeman, Jr., he’s dead now so he probably won’t mind that Nixon forgot him. Freeman– who isn’t mentioned at all in the book– was a big deal. Too bad. Al Freeman played Ed Hall for 25 years on “One Life to Live” and was the first black man to win the Daytime Emmy for Lead Actor.

It’s a shame that Nixon’s one shot at a memoir that could have been comprehensive– and factually correct– has been squandered. (PS There are also a lot of typos. Or just mistakes.)