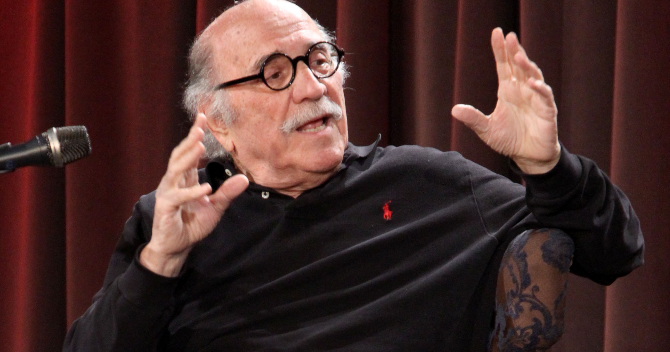 OK where do I start? Heartbroken to hear that Tommy LiPuma, one of the greatest record producers of all time, has died at age 80. He was a superstar in jazz and pop. Tommy produced Barbra Streisand’s “The Way We Were” and all of George Benson’s big hits in the 70s like “On Broadway” and “This Masquerade.”

The list of credits goes on and on. A few years ago he and Sting came “thisclose” to working with each other. Tommy wound up working with Paul McCartney on his “Kisses on the Bottom” album of standards. Paul fell so in love with him that Tommy curated Paul’s MusiCares Person of the Year show and worked with him on other projects including a live broadcast from Capitol Studios.

Like Phil Ramone, Tommy was a purist. I went up to visit him at his house in Pound Ridge so he could play me the McCartney album. He was beaming. He was intensely focused on showing McCartney as a crooner, and he pulled it off. Tommy’s other credits included Natalie Cole– he co-produced her Unforgettable album, which sold 7 million copies– and Gladys Knight’s jazz album.

One of the more recent records Tommy was proud of was Leon Russell’s “Life Journey.” (It’s hard to believe Leon is gone now too.) They’d made the record hoping Elton John’s Rocket Records would put it out. But new people at Universal Music didn’t want the project. Ultimately the album was released, and it’s wonderful. (You can buy it or stream it.)

But the way he and Leon were treated was emblematic of the the way musicianship and artistry are no longer celebrated the way they had been when Tommy was a famed producer at Warner Bros in the 70s, or chairman of Verve Records in the last decade. He left his stamp on Diana Krall, Miles Davis, David Sanborn. And on me. Tommy really enjoyed life. He was a raconteur with a broad smile and so much energy and enthusiasm. I will really miss him. Condolences to his family.