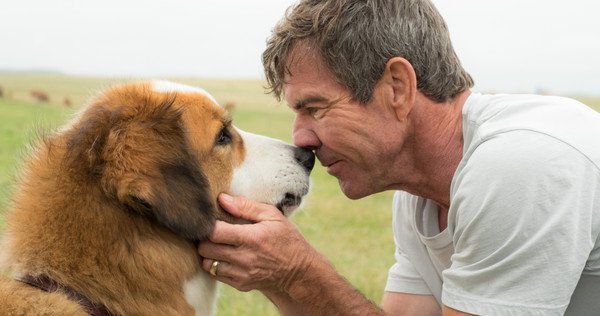 “A Dog’s Purpose” is a hit after all. The Lasse Hallstrom Universal film has made $43 million worldwide, cost just $22 million and will go on and on now. I’m sure all parties are relieved since the film almost died upon release. It was tarred and feathered by TMZ, which posted what now turns out to be a doctored video of animal abuse. The resulting outcry was so bad that Universal cancelled the movie’s junket and premiere.

The doctored video showed a trainer purportedly forcing a German Shepherd into a pool. PETA went crazy. I received dozens of emails and calls, and no doubt other venues got more. The 2nd Assistant Director’s head was being placed on a chopping block.

And now an independent investigation finds:

Someone wanted “A Dog’s Purpose” to be a calamity and they used TMZ as a willing participant. That’s not hard since they don’t check anything, and are usually in cahoots with their sources. Was it another studio? And why? Why bother? But when that video turned up on TMZ 15 months after the movie was shot, it should have raised suspicions.

Certainly if the dog had been harmed, anyone who witnessed that “scene” would have called the authorities right away. But this video released timed to hurt the film and the people who made it. What I don’t understand is why, when the German Shepherd heard this story, he didn’t speak up right away.  Now we know he was barking up the wrong tree.